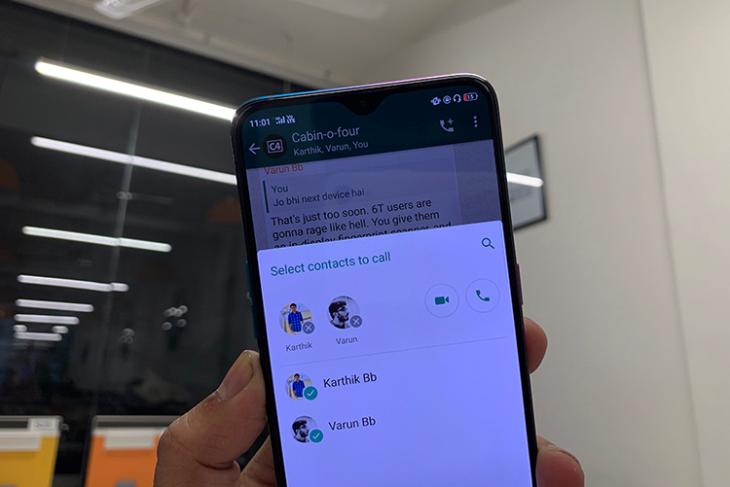 WhatsApp introduced group audio and video calling to both iOS and Android users earlier this year, but you had to ring up one user and then add all of the other participants. But, the messaging giant has been looking to simplify the process by adding a dedicated video and audio calling button within group chats. It was earlier spotted in testing for iOS  but has now rolled out to Android beta users as well.

While renowned WhatsApp tipster WABetaInfo had tweeted that the group calling button went live for Android beta users with build #2.18.370 a couple days ago, the feature has become available to us today with build #2.18.374 and it’s certainly a nifty addition – as you’ll see down below.

1. Open a group chat window on WhatsApp and you will now see a new ‘Group Call’ icon at the top-right, next to the group’s name.

2. Tap on this icon and WhatsApp will show you a pop-up asking you to select contacts you’d like to converse with, either on video/ audio call. You can even search for group member if there are a large number of people on your family group, perhaps. 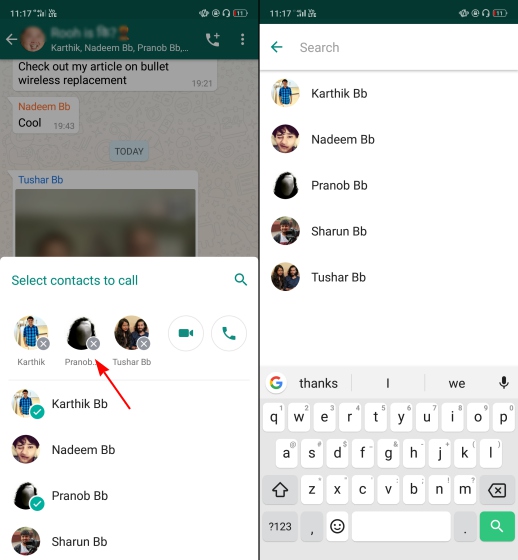 3. Once you’ve selected the contacts, you can just go ahead and tap the ‘phone’ icon to place an audio call or the ‘video’ icon for group video calling. 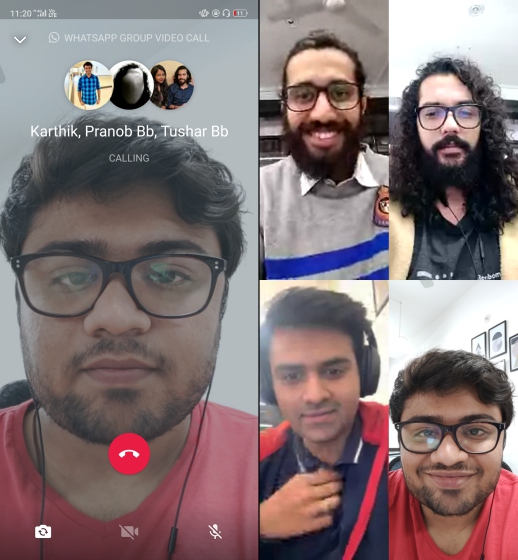 While WhatsApp is making it simpler to place group calls, the number of participants is restricted to four and it means that you can only select three other users from a group while placing an audio or video call. The app shows you a toast notification warning, which tells you to select only three participants.

The dedicated group calling button, with its clean UI, is certainly a boon for heavy users, who would soon be able to place calls from within the group chat itself. There is currently no official word on when the feature will roll out to all users.