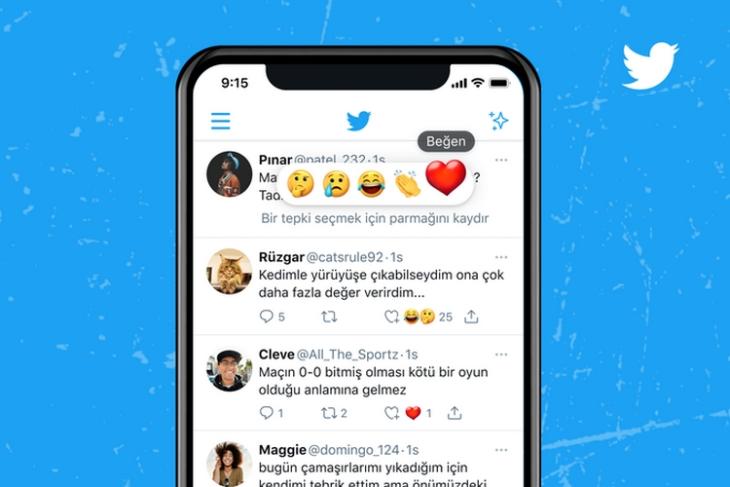 Months after rolling out emoji reactions in Direct Messages, Twitter was spotted working on the possibility of letting users react to tweets using emojis and Fleets. While we all know what happened to Fleets, the company has been working on emoji reactions and has started testing the feature with users in Turkey.

Following in the footsteps of Facebook, Twitter is now allowing users in Turkey to react to tweets with emojis for a limited time. There are five emojis to choose from — 🤔, 😢, 😂, 👏, and ❤️. According to Twitter, emoji reactions will give people more ways to show how they feel about a tweet.

Twitter says it intentionally chose to exclude negative reactions after a survey. “Although ‘frustration’ and ‘anger’ are also common emotions people feel while reading Tweets, and some people want to express disagreement with Tweets, we’re not incorporating these as emoji reactions right now,” said Twitter.

If you live in Turkey, you can access tweet reactions by long-pressing the Like button. It’s worth mentioning that a single short tap will send the Like you are used to. The feature is available on Android, iOS, and the web. We will have to wait to see if Twitter expands the emoji reactions feature to more regions based on how users respond to this test.

Notably, this is not the only approach Twitter is testing to revamp its like system. The company recently started testing Reddit-style upvote and downvote buttons on tweets earlier this year. Would you prefer reacting to tweets using emojis, as opposed to the current approach? Share your thoughts in the comments section below.