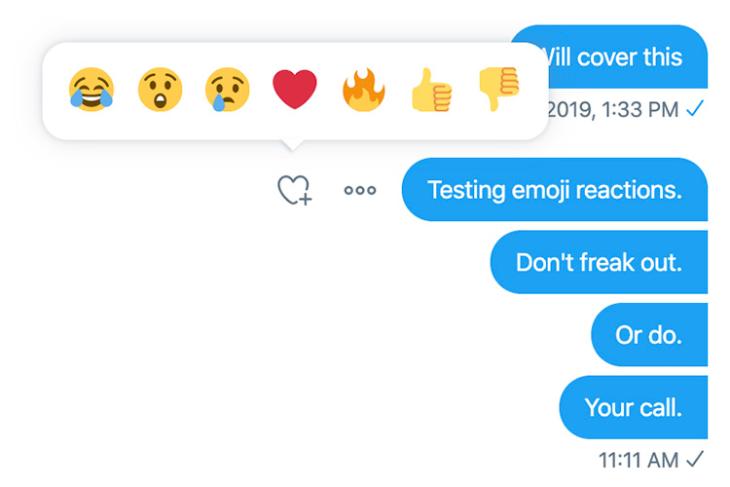 Following the likes of Instagram and Facebook, social media platform Twitter is now rolling out emoji reactions in direct messages on its website and app. With the change, Twitter users can now reply to a direct message with a quick emoji reaction without having to actually respond to messages — this is popular in Instagram DMs as well, where users enjoy having the flexibility of responding to a message with a quick reaction.

Accessing the feature is fairly simple. On desktop, users can hover over a message to see a new icon that looks like a heart with a plus symbol next to a message that they, or someone else has sent. Users can simply click on this icon to choose from one of the seven emoji reactions that Twitter has enabled.

On mobile, users will need to double-tap on the message to access the emoji reaction menu and send a quick emoji response to the message. Twitter even helpfully mentions the addition of the new feature if a user long-presses on a message on mobile to copy or delete the message with a statement that reads “Add a reaction by double-tapping any message”. 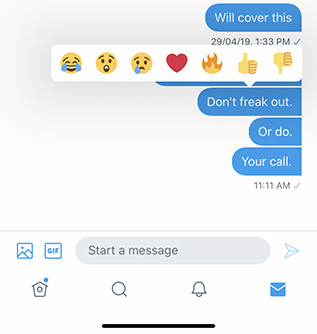 The new feature isn’t necessarily a huge feature-update, but it should definitely come in handy for people who exchange a lot of DMs on the social media platform every day.