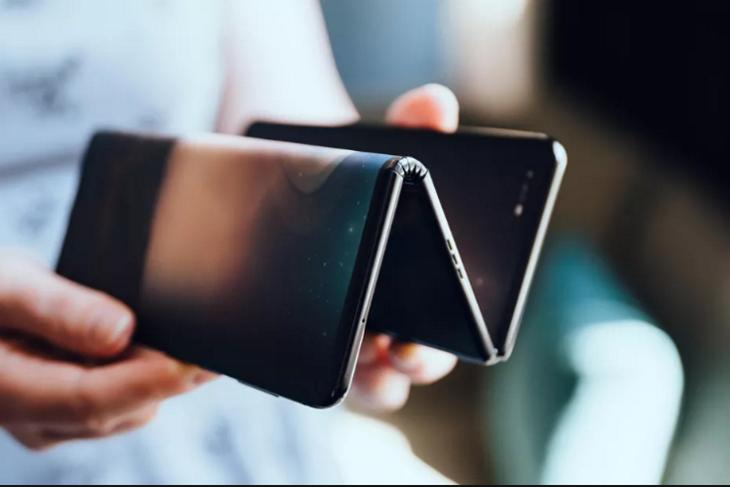 TCL has a new foldable phone prototype that follows a dual-hinge design. Yes, this foldable phone will fold in three parts unlike the unidirectional folding mechanism seen on Samsung’s Galaxy Fold and Huawei Mate X.

The company sent CNET an early prototype of this upcoming foldable phone which revealed the design language and the details regarding the folding mechanism adopted on the phone.

Notably, the two hinges present in this TCL prototype folds and unfolds in a zigzag fashion, thanks to the DragonHinge system. The device measures approximately measure 10-inches when it is unfolded.

In terms of optics, it has a quad-camera setup on the rear. A USB C port can also be seen on the device. The device, however, did not have a functional display which hints that the design of this foldable phone has not been confirmed yet.

Moreover, there is no information regarding the expected launch timeline for this foldable phone and the expected pricing. Speaking of the pricing, it won’t be affordable for sure since the foldable phones are generally new to the market and are priced around $2000.

When TCL finally decides to launch this foldable phone, it will compete against the likes of the recently launched Samsung Galaxy Fold and the Huawei Mate X which the company has confirmed to launch on November 15.

If you’re interested to get your hands on a foldable phone, check out our article here where we have compiled a list of foldable phones you can buy right now. So, do you think foldable phones are a step in the right direction towards the future of smartphones? Let us know your views in the comments.