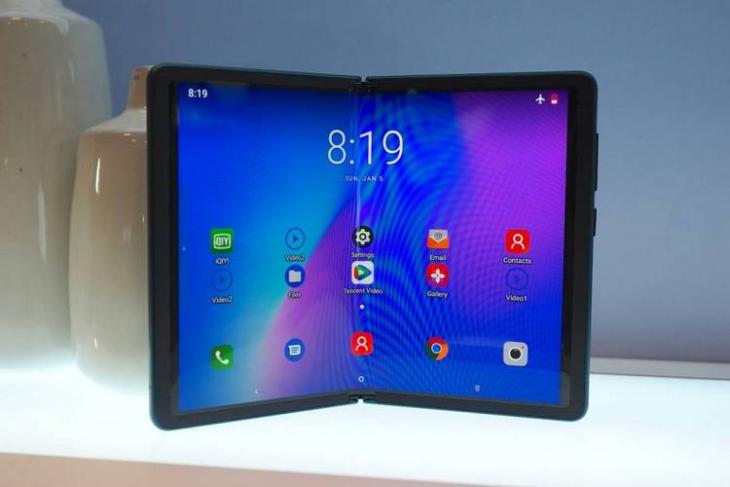 Following a slew of rumors over the past few months, Chinese tech company, TCL, has unveiled its first folding smartphone at CES 2020 in Las Vegas. The company on Monday unveiled a new foldable phone that comes with a clamshell form-factor and opens up to reveal a 7.2-inch flexible touchscreen. The device, however, is said to be still in the ‘functional prototype’ stage, which means it isn’t likely to be ready for commercial manufacturing any time soon.

The device is powered by Qualcomm’s Snapdragon 660 chipset and runs Android 9 Pie out-of-the-box, but will likely have upgraded specs by the time it’s launched in the market. As one would expect with what is still a proof-of-concept device for the most part, there’s no further official word on its tech specs at this stage. The phone doesn’t have a selfie-camera, but the images seem to suggest that the company is planning to incorporate a quad-cam setup on the back.

Folding smartphones are expected to become relatively more popular in the coming years, and some companies, like Samsung and Huawei, are believed to be already working on their second-generation folding smartphones after having launched their first-gen models last year.

While Samsung is expected to announced the Galaxy Fold 2 at the company’s upcoming Unpacked event on February 11, Huawei is expected to announce an upgraded Mate Xs with reinforced folding screen and the Kirin 990 SoC at the MWC 2020 next month before launching the Mate X2 later this year. In the meantime, Motorola also announced its Moto Razr folding smartphone late last year, but its launch was postponed indefinitely for reasons not yet fully explained by the company.