How to Take a Screenshot on iPhone X, iPhone XS, iPhone XS Max, and iPhone XR

With the launch of iPhone X, Apple axed the home button a trend which company continued with the launch of new iPhone XS, iPhone XS Max, iPhone XR, and the new iPad Pros. Naturally, the functions which were previously assigned to the home buttons made their ways to gestures or other buttons on the new iPhones. Similarly, the ability to take screenshots was assigned to different buttons. If you are using any of these devices, here is how to take a screenshot on the iPhone X, XS, XS Max, and XR: 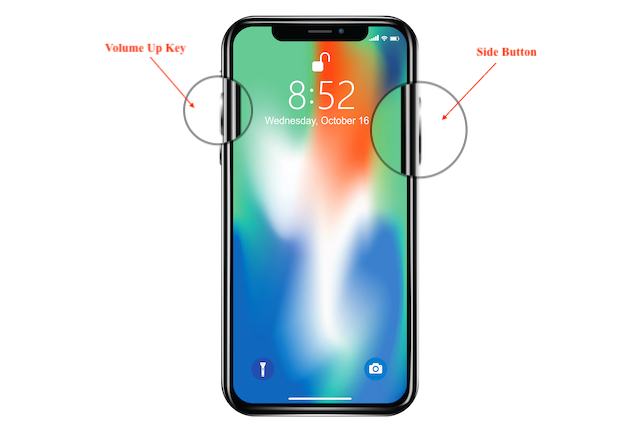 That’s it, you have successfully taken a screenshot on your iPhone. To see your screenshot open the Photos app and go to Albums -> Camera Roll or Albums -> Screenshots.

Taking a Screenshot on iPhone 8, iPhone 8 Plus and Earlier iPhones with Home Button 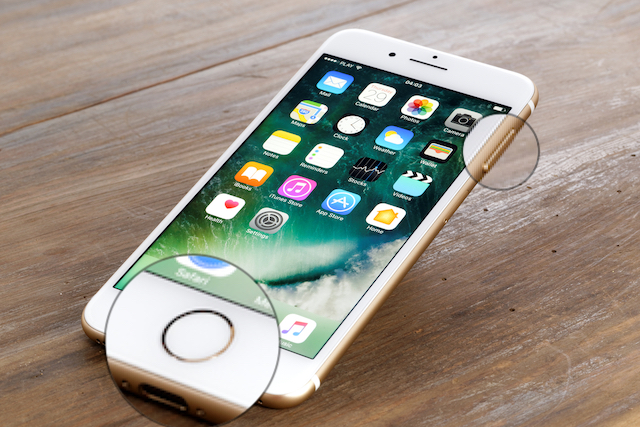 You can find your screenshot in the Photo apps by going to Albums -> Camera Roll or Albums -> Screenshots.

Note: The Power button on iPhone SE and iPhone 5S and below is at the top instead of being on the side.

Editing Screenshot on iPhone (iOS 11 and Above)

With the launch of iOS 11, Apple introduced a new screenshot tool which makes it very easy to edit and annotate the screenshots that you take. Here is how you can use it to edit your screenshots: 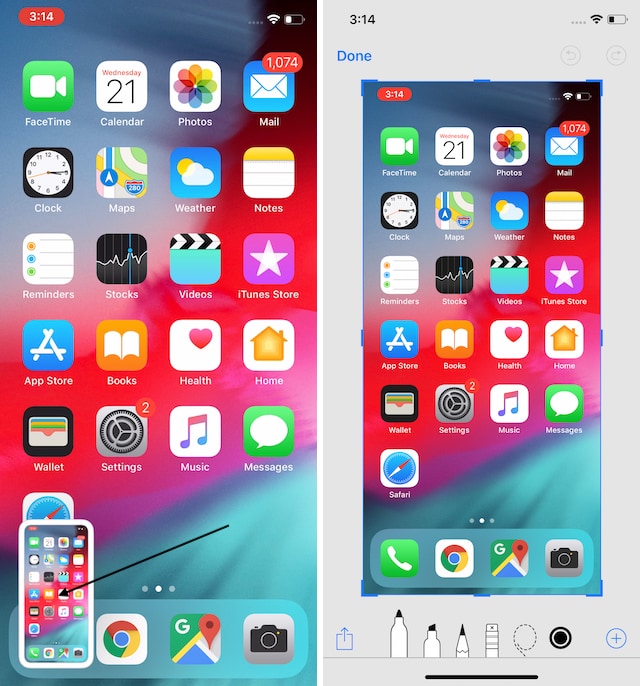 2. Now, tap on the “Save to Photos” button to save your edited screenshot or tap on “Delete Shortcut” to delete it.

Editing Screenshot on iPhone (iOS 10 and below)

To edit a screenshot on iOS 10 or below, you will have to take certain extra steps. If you have an iPhone 5s or later, I hope that you have updated to the new iOS 12 as it brings great performance enhancements along with some cool new features. However, if you have if iPhone 5 or below which we are using to showcase this tutorial, here is how you can edit your screenshot. 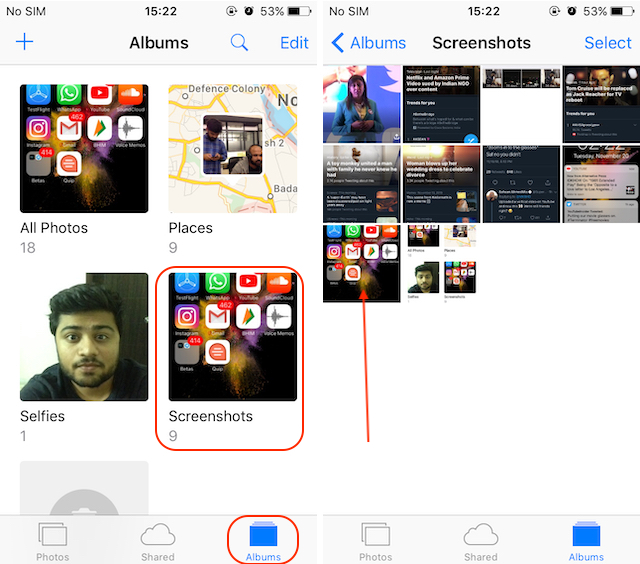 2. Now, first tap on the button mark in the picture below and then tap on the three-dot menu at the top left corner. 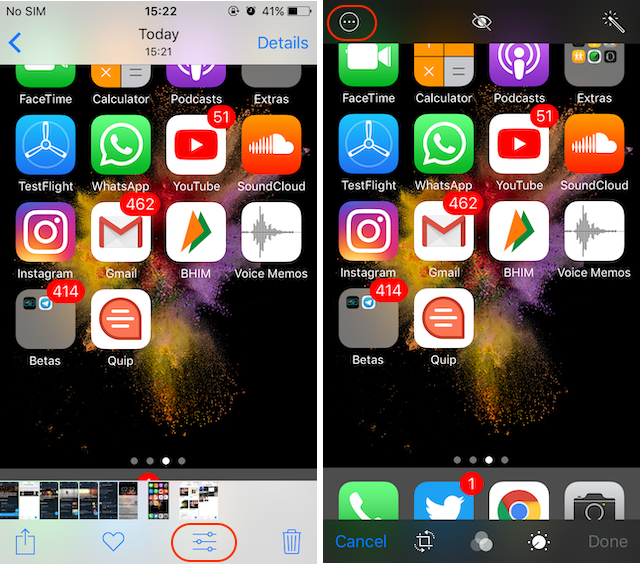 3. Here, tap on Markup and it will reveal all the tools that are available to you for marking up your screenshot. Once you are done, tap on the “Done” button to save it to your Photos app. 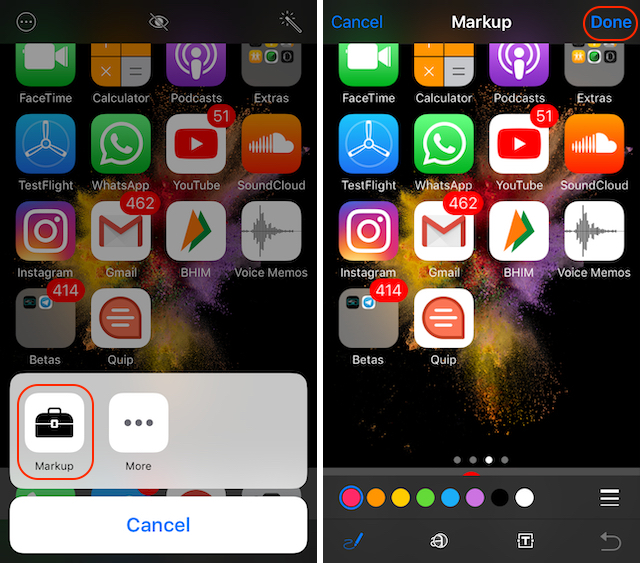 Taking a Scrolling Screenshot with the Help of Third-Party Apps

Sometimes you need to take a long screenshot to share what you want. For example, let’s say I want to take a screenshot of a WhatsApp chat, or an Instagram message thread or maybe an entire article or webpage. In this case, I will have to take multiple screenshots, and even then, the end result will be too confusing for the receiver as he/she won’t know which screenshot follows which. That’s why to make things easier we will be using an app called Tailor (Free, in-app purchases) which stitches these multiple screenshots into one making it very easy to share and understand. 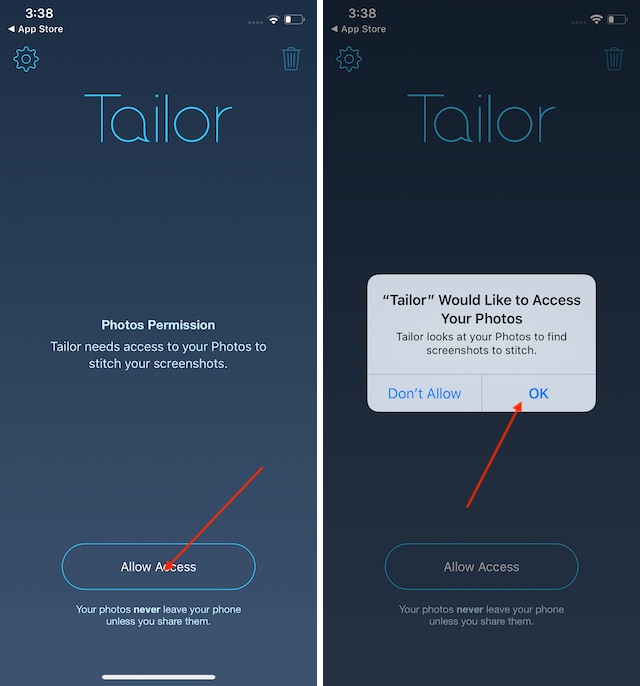 3. Now, open Tailor and it will automatically recognize the overlapping screenshots and stitch them into one long screenshot. 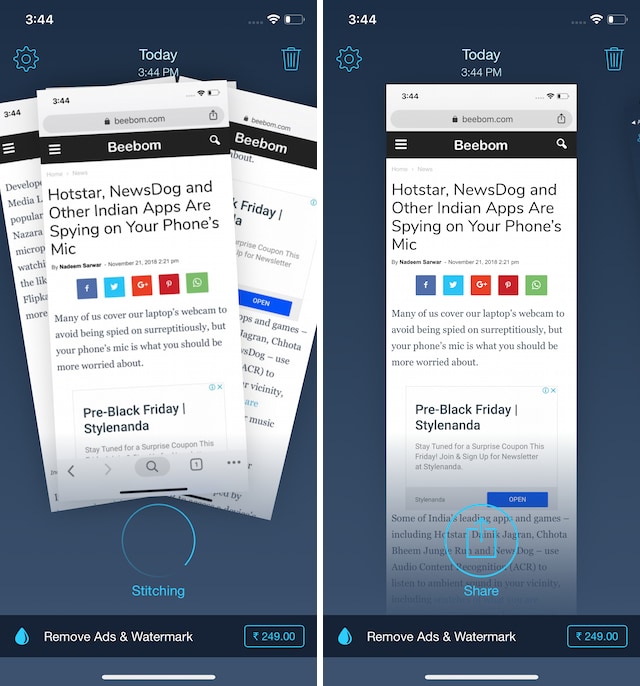 4. Once it’s done, you can tap on the share button to either save or share the screenshot. 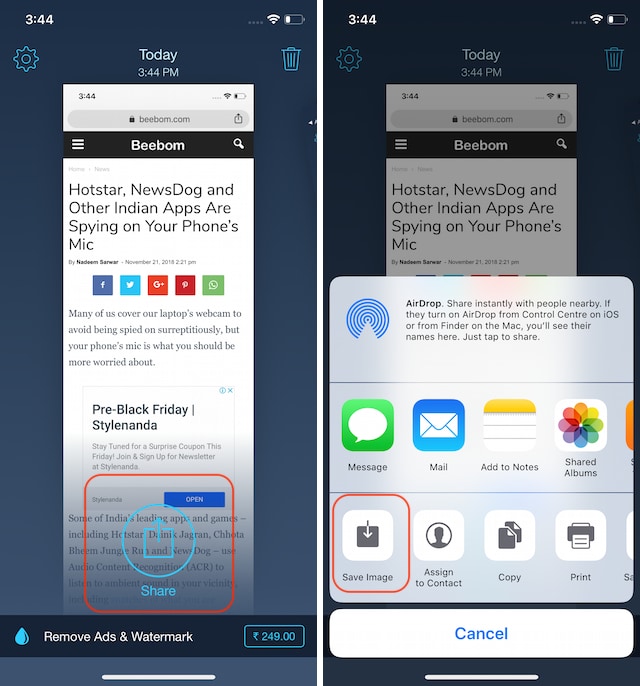 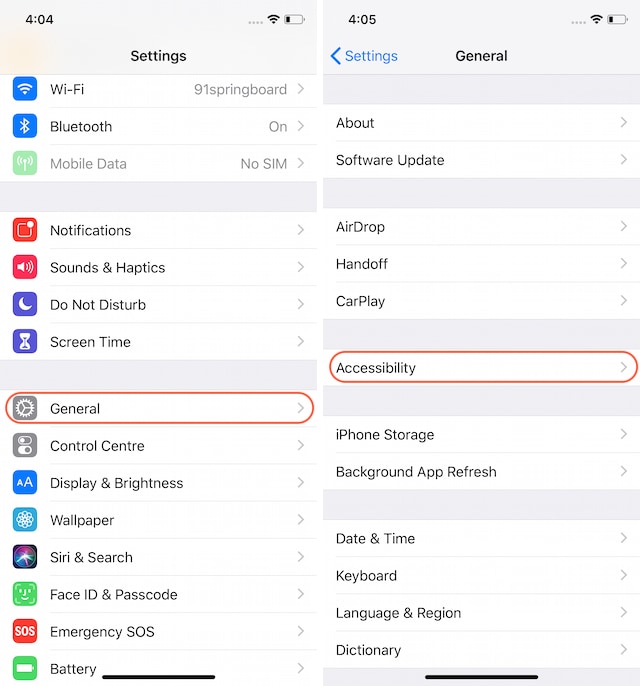 2. Here,  scroll down to find “Assistive Touch” and then tap on it.

3. Now, enable Assistive Touch by tapping on the toggle next to it and then tap on “Customize Top Level Menu…”. 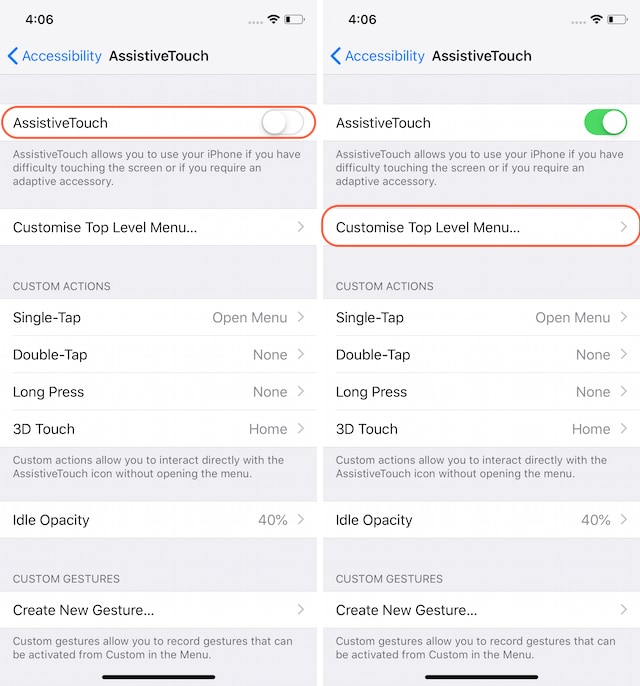 4. Tap on the “Star” icon marked in the picture below and then select the “Screenshot” option. Tap on Done after you have selected screenshot. 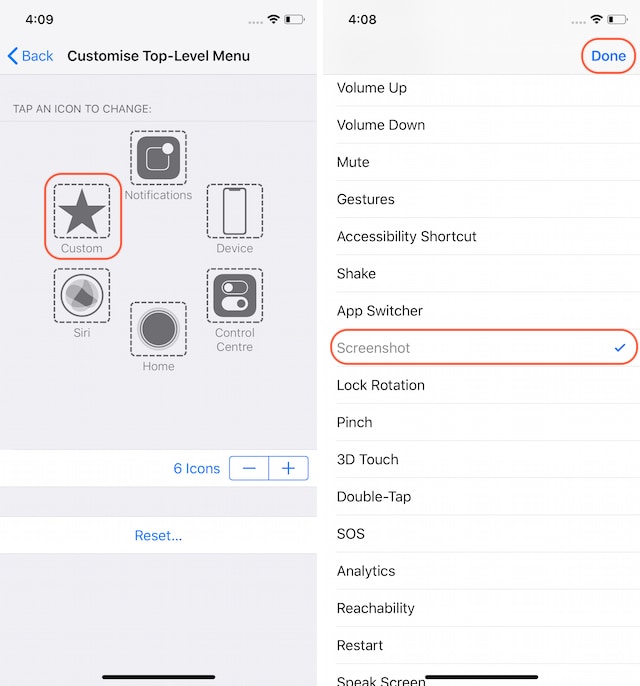 SEE ALSO: How to Take a Screenshot in macOS Mojave

Capture and Annotate Screenshot Like a Pro on iPhone

That ends our short tutorial on how to take a screenshot on iPhone. I have tried to include all the details that are needed to easily take, annotate, and share screenshots. Drop your thoughts in the comments, and let us know if you have any confusions, or if you know of other ways to take screenshots on an iPhone.