I don’t know about you guys, but I am that person who takes his smartphone to the shower to listen to my favorite songs. As a result, more often than not, my iPhone 13 gets splashes of water and the water, most of the time, goes inside the speaker grills at the bottom of the device. And while there’s a built-in water eject feature in Apple Watch, it’s missing on the iPhone. So, if you’re looking for a solution to get the water out of your iPhone’s speaker grills, I found this nifty Siri shortcut that draws the water out from the speaker using very low-frequency sound.

Dubbed as “Water Eject”, this useful Siri shortcut has been a smartphone-saver for me in the past few days, and here’s how you can use it.

Note: The water eject Siri shortcut works with iOS 15 as well. So you can use it on your new iPhone 13 or any other iPhone compatible with iOS 15. 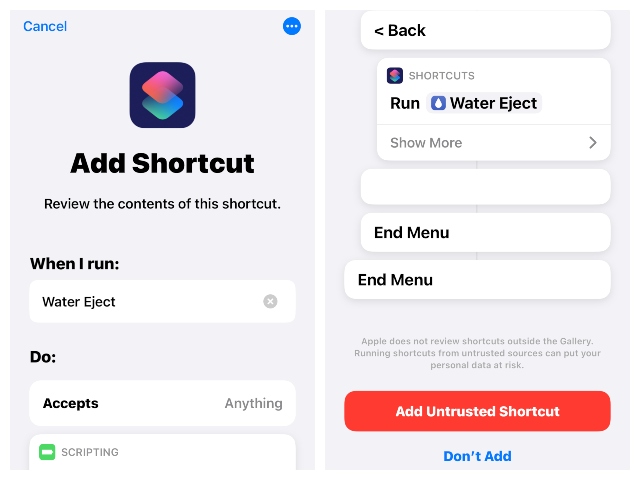 Note: This is an untrusted shortcut and does require you to turn on “Allow Untrusted Shortcuts” from your device settings. 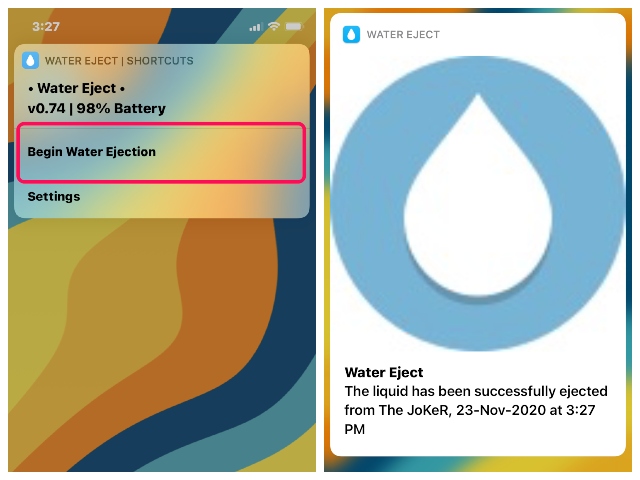 Now, as this is a Siri shortcut, you can add it to your home screen to access it more easily. Or else, you can always ask Siri to run ‘Water Eject’ and it will eject water from your iPhone automatically. Moreover, apart from working on all iPhone models that support Siri shortcuts, the said tool also works with iPads and iPods running the latest software.

So that’s how you can easily eject water from your iPhone. Having water droplets stuck in the iPhone speaker grilles can be really annoying. Moreover, they can be harmful to your iPhone as well. While it’s surprising that Apple doesn’t offer a built in feature to do this on iPhone, it’s great to have a Siri Shortcut that can solve the problem. That said, if the shortcut isn’t cutting it for you, there are a bunch of other methods to remove water from iPhone that you can try as well, such as using apps to remove water from iPhone, as well as some online tools that you can use to get rid of water inside your iPhone, so check out the linked article.