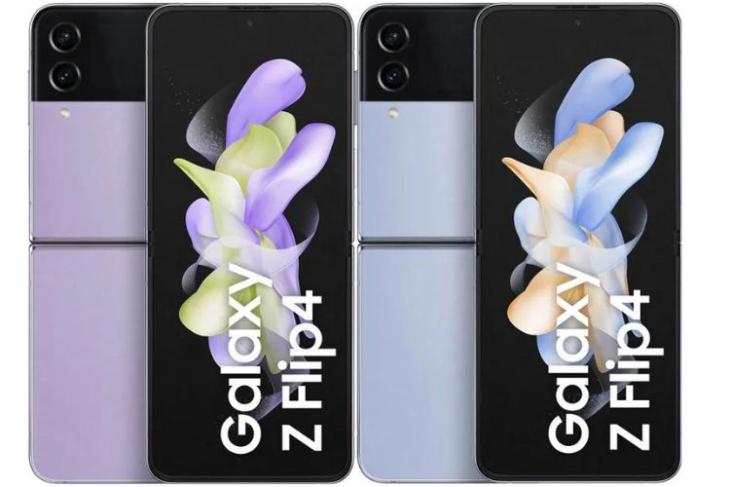 Samsung will launch the highly rumored Galaxy Z Fold 4 and the Galaxy Z Flip 4 on August 10 and we have already seen a lot of the devices, even their design. Now, we have a proper look at the recently leaked renders of the upcoming Samsung foldable phones, showcasing them from various angles and in multiple colorways. Have a look.

This Is the Samsung Galaxy Z Fold 4!

The new renders of the Galaxy Z Fold 4 (courtesy of Evan Blass via 91Mobiles) hint at black, cream, and grey color options. The design, as mentioned in previous rumors, is similar to that of the Galaxy Z Fold 3. But there are small changes here and there, like, slightly bigger rear camera housings, a tapered design, and more rounded corners.

The hinge is also expected to be narrower. Plus, the phone could also come with a less prominent crease on the display, which could be sturdier. You can check out the new render below.

As for the spec sheet, we have some rumors about it too. It is suggested that the Galaxy Z Fold 4 will come with a 7.6-inch QXGA+ AMOLED inner display and a 6.2-inch outer screen. Both displays are likely to support a 120Hz refresh rate. The phone will be powered by the Snapdragon 8+ Gen 1 chipet, paired with up to 16GB of RAM and 512GB of storage. Other details include 50MP triple rear cameras, a 4,400mAh battery with 25W fast charging, Android 12, and more.

This Is the Samsung Galaxy Z Flip 4!

As for the Galaxy Z Flip 4, it will also come with a design similar to the Galaxy Z Flip 3 with some design and hinge tweaks. It is said to black, blue, light pink, and light purple color variants. You can check out its render below.

The spec sheet is expected to include a Snapdragon 8+ Gen 1 SoC, a 6.7-inch AMOLED inner display and a 2.1-inch AMOLED outer screen, 12MP dual rear cameras, a bigger 3,700mAh battery with 25W fast charging, and more.

Official details regarding both the Galaxy Z Fold 4 and the Galaxy Z Flip 4 will be out on August 10 and we will be sure to give you all the updates. Hence, stay tuned and let us know if your excited about the upcoming Galaxy Unpacked Event in the comments below.

Here’s How Much the Samsung Galaxy Z Fold 4, Z Flip 4 Will Cost You in India