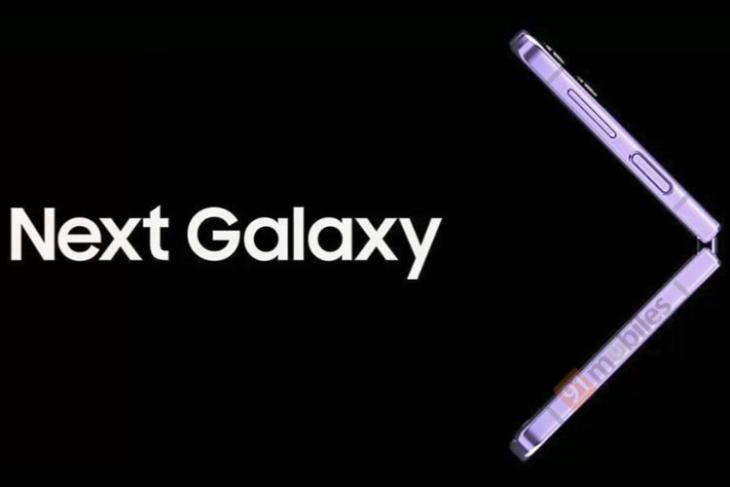 A leaked official render of the Galaxy Z Flip 4 (courtesy, 91Mobiles) corroborates the previously leaked images and suggests that there the device will follow the basic design outline of the Galaxy Z Flip 3. But, a closer look does highlight a few differences, and they mainly “lie in the details.“

For one, the Galaxy Z Flip 4 will get a narrower hinge, which has been expected earlier too. The design appears more tapered and flat and the physical buttons look more tactile. It has been leaked in a Bora Purple hue and as a heads-up, that’s not the same as the lavender Galaxy Z Flip 3. The shade is darker and the same goes for the antenna bands.

The render also shows protruding rear cameras. We could expect better camera performance but it remains to be seen what all improvements Samsung has for us. Samsung is expected to release both the Galaxy Z Flip 4 in multiple color options and a Bespoke Edition is also in the pipeline.

As for the display, we can expect it to gain further improvements to make the folding crease less prominent, which would be likable. Overall, it seems like Samsung is going for design improvements over the need to go for something different.

Specs-wise, we are likely to see enhancements, thanks to the possibility of the latest Snapdragon 8+ Gen 1 SoC, a bigger battery, improved cameras, better display, and more. A similar approach could be followed for the Galaxy Z Fold 4, which will be launched alongside.

But, you should know that we can get a conclusive idea of the upcoming Samsung foldable phones once the company releases an official word on it. Since the launch is expected next month, official information is also expected to start pouring in soon. We will let you know once this happens. So, stay tuned and do share your thoughts on the newly leaked Galaxy Z Flip 4 render in the comments below.