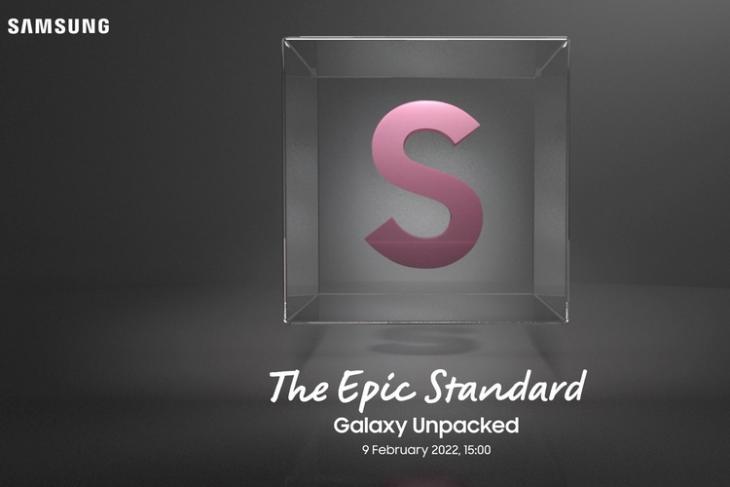 According to the event poster shared by reliable tipster Evan Blass on Twitter, Samsung may host its Galaxy Unpacked event on February 9 at 3 PM UTC. That’s 10 AM EST or 8:30 PM IST here in India. The date is further corroborated by the code changes spotted by the Twitter user Tech Insider on the Unpacked 2022 website. The website code in the tweet attached below includes calendar invites for the Unpacked event and they reveal the February 9 launch date for the Galaxy S22 series.

Samsung is likely to unveil the Galaxy S22, Galaxy S22+, and Galaxy S22 Ultra at the Unpacked event. The highlight of the event would be the transition from the Galaxy Note series to the Galaxy S series. For the uninitiated, the Galaxy S22 Ultra is likely to feature a built-in S Pen slot. Moreover, we can expect a similar design as its predecessors on the standard and Plus models, whereas the Ultra variant is going to be chunkier (to imbibe the Note design) and include a new camera array design.

If tablets are what you’re after, there’s the Galaxy Tab S8 series to look forward to. As always, there will be three tablets in the lineup — Tab S8, Tab S8+, and Tab S8 Ultra. Going by previous leaks, all three tablets are likely to pack Qualcomm’s Snapdragon 8 Gen 1 SoC. As for the smartphones, while it was initially rumored that Samsung may finally offer Snapdragon chipsets on all models across all regions globally, it will likely not be the case. The Galaxy S22 series will come with the recently announced Exynos 2200 chipset with the AMD Xclipse GPU in tow.

Since the alleged Galaxy S22 launch is merely a couple of weeks from now, we can expect Samsung to confirm the date in the coming days. Considering multiple corroborations from leakers, it’s safe to assume that Samsung will indeed unveil its new Galaxy devices in the second week of February.