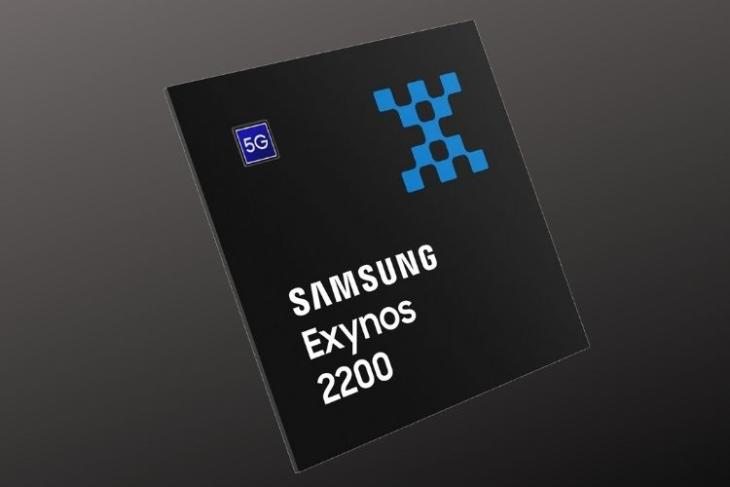 After being leaked and delayed, the Samsung Exynos 2200 flagship chipset is finally official. The next-gen SoC, which succeeds the Exynos 2100 from last year, comes with an AMD RDNA 2-based GPU, ray tracing tech (a first for a mobile chipset), and loads more. Here’s a look at everything Exynos 2200 has to offer.

The Exynos 2200 comes with AMD’s RDNA 2-based Xclipse GPU, which is a result of the company’s partnership with AMD back in 2019. The presence of the RDNA 2 architecture was also teased in December 2021. However, back then it was expected to launch on January 11, which never happened.

This AMD-powered GPU comes with support for various features like hardware-accelerated ray tracing, which makes Exynos 2200 the first mobile chipset to have the tech. For those who don’t know, ray tracing technology tries to simulate light’s behavior and characteristics for realistic graphics and lighting effects.

Other features include Variable rate shading, which allows developers to lower shading in certain areas to avoid GPU workloads and save power consumption, along with the advanced multi-IP governor (AMIGO) for improved performance and efficiency.

The Exynos 2200 is based on the 4nm EUV (extreme ultraviolet lithography) process and features the ARMv9 CPU cores. The octa-core CPU structure has one Cortex-X2 flagship-core, three Cortex-A710 big-cores, and four Cortex-A510 little-cores. The chipset also integrates an improved NPU, which has doubled its performance as compared to its predecessor.

For photography, the Exynos 2200 supports up to 200MP cameras, 108MP shots at 30fps, images of 64MP+36MP in the dual-camera mode, and 8K videos. 8K videos support the advanced multi-format codec (MFC) for more realistic videos. There are some AI bits too, thanks to the NPU. The idea is to get better shots by recognizing the multiple objects and then applying color, white balance, and more settings.

The Exynos 2200 competes with the likes of the Snapdragon 8 Gen 1 mobile platform, Apple’s A15 Bionic chipset, the MediaTek Dimensity 9000, and even the Google Tensor chip. It remains to be seen how well it stands against the capable competition. The chipset is currently in mass production and is most likely to power the upcoming Galaxy S22 series.