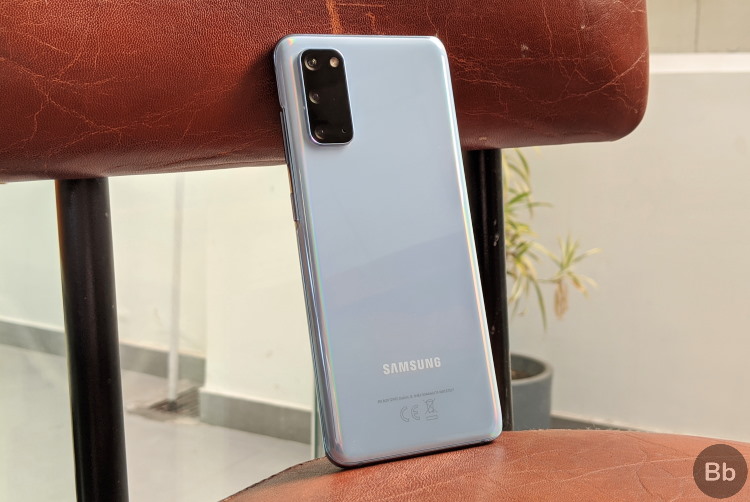 Samsung recently released its Galaxy S20 series with a ton of new software features apart from the obvious bump in hardware specifications to make it stand out from the rest of its device offerings. The South Korean tech giant is now bringing them to its older Galaxy S10 and Galaxy Note 10 series (including Lite models) through a new One UI update set to roll out starting this month.

The first feature on the list is Single Take, a Samsung feature that shoots several photos & videos and makes use of AI to recommend you the best shot. The feature could take up to 10 seconds to pick the best one.

Samsung’s improved Night mode and Night Hyperlapse are also coming to the older models. However, the newly launched Galaxy Note 10 Lite will be missing out on Night Hyperlapse.

If you fancy Samsung’s custom filters feature that lets you create new filters from your photos, you won’t be disappointed as the update will bring that as well. You also get the Pro Video mode for efficiently controlling the video and the sweet 4K 60fps video recording capability from the selfie camera.

Two essential features namely Quick Share and Music Share are also making their way to the Galaxy S10 and Note 10 series. For the uninitiated, Quick Share is an AirDrop-like file sharing solution from Samsung to seamlessly share files within Samsung devices.

Music Share, on the other hand, lets nearby friends play music on your Bluetooth devices, say a Bluetooth speaker without you having to disconnect. The best part? They don’t have to pair the speaker since the feature uses your smartphone as a medium.

The update also brings an improved gallery with better image grouping and quick cropping functionalities. The new update has reportedly started rolling out in Germany. We could expect Samsung to roll out the update to other regions in the coming weeks.