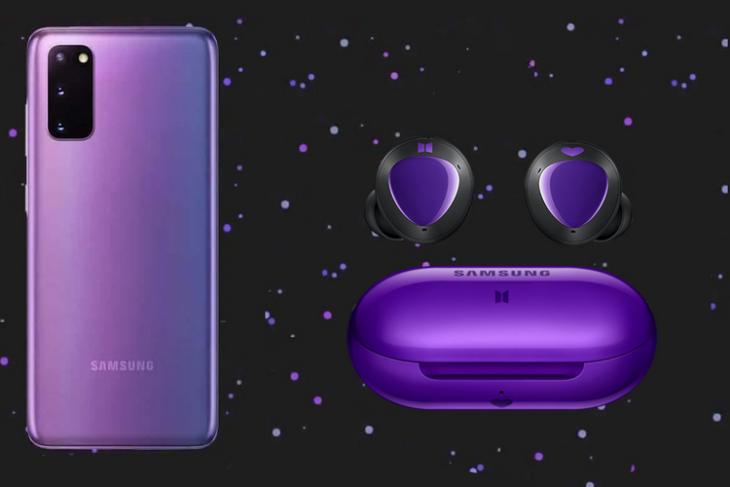 Samsung will launch a limited-edition Galaxy S20+ in partnership with popular K-Pop band, BTS. To be called the Galaxy S20 Plus BTS Edition, it will be launched globally on July 9th – the same day that the BTS ARMY was announced back in 2013. The device will reportedly be available in Mirror Purple, and will be up for pre-order from June 19 – July 5. The company had earlier tied-up with BTS to promote its smartphones as part of a concerted effort to reach out to a younger demographic.

Samsung has reportedly teamed up with French bookstore and media chain, Fnac, to launch the new limited edition model. According to South Korean blog, Hankyung, the BTS Edition will be available as part of a bundle alongside the Galaxy Buds+ earphones, much like the Galaxy Z Flip Thom Browne Edition. However, while the Z Flip bundle also included the Galaxy Watch Active 2, the S20+ BTS bundle will likely give that a miss.

Say hello to the best of us. #SamsungGalaxy #BTS @BTS_twt @BTS_bighit pic.twitter.com/3O6eZT4C9d

It’s not immediately clear as to whether the Galaxy S20+ BTS Edition bundle will be launched only in South Korea or if it will make its way to global markets at some stage. While Samsung is yet to say anything officially, the fact that the company’s global twitter account is posting teasers about the device makes us believe that it might be available in at least some overseas markets going forward.

For those unenlightened about the K-Pop scene, BTS is a seven-member South Korean boy band formed in 2010. It is one of the biggest musical groups to have come out of South Korea, with millions of fans all around the world. Also known as the Bangtan Boys, BTS is the best-selling band in South Korean history, and was the second-best-selling musical act globally in 2018.