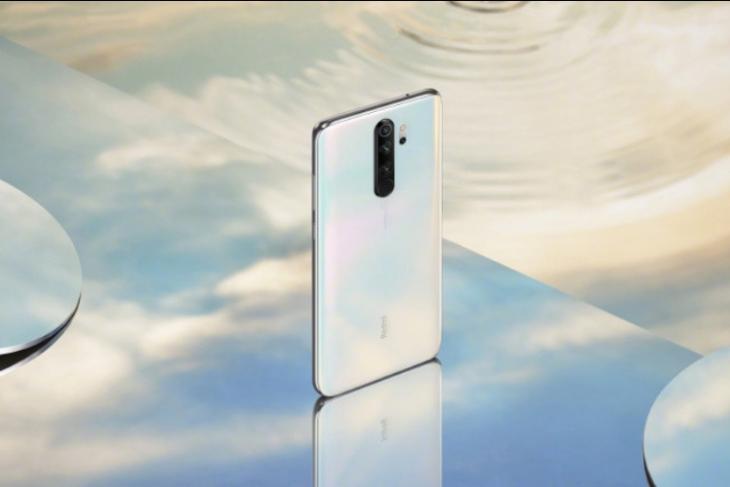 Launched earlier in 2019, the Redmi Note 7 and Note 7 Pro has been one of the best-selling Note lineups for Xiaomi’s budget-focused sub-brand. Redmi Note 7 series has reached 20 million phones sold milestone to date, which is certainly a lot for just seven months. Well, Xiaomi is now aiming to one-up this milestone with the Redmi Note 8 Pro and Redmi Note 8 that was launched in China today.

The Redmi Note 8 series arrives with a powerful new chipset, waterdrop notches, quad-cameras, and a lot more. So, let’s check out whether the Redmi Note 8 and Note 8 Pro pack the arsenal essential to tackle Realme’s growing presence in the budget segment.

It will be available in 3 stunning colors namely Green, White, and Black. Redmi has also made available a couple of “War of Warcraft” Redmi Note 8 Pro Special Edition variants.

The design of the Redmi Note 8 Pro takes inspiration from the Redmi K20 series launched back in July. It’s a glass-sandwich construction with a 3D curved design for a comfortable Gorilla Glass 5 protection, but minus all of the smoky effect that we saw on the K20. But, that’s okay.

Redmi Note 8 Pro sports a 6.53-inch Full-HD+ LTPS LCD display, with a 2340 x 1080 pixels resolution, 19.5:9 aspect ratio and 91.4% screen-to-body ratio. And no, you’re not getting a fully bezel-less experience here, but instead, Redmi Note 8 Pro has a waterdrop notch design with a 20MP sensor for selfies on the front. 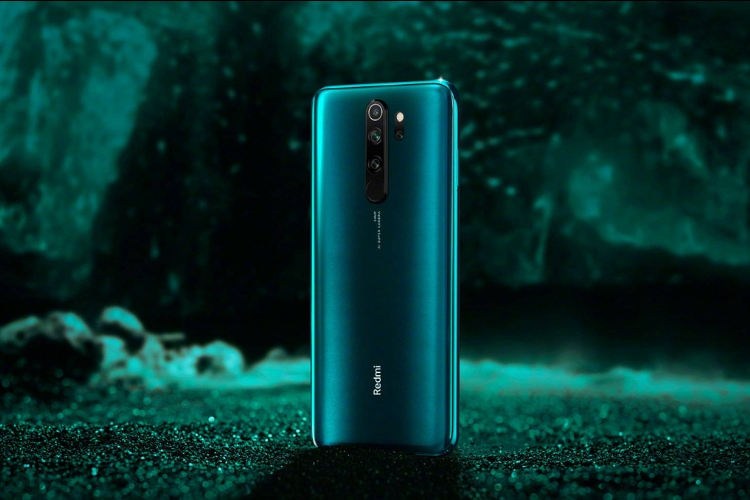 This chipset onboard is backed by liquid cooling technology to dissipate heat while your intensive gaming sessions. It’s a feature that has trickled down from the Poco F1 to the Redmi K20 and now the budget Redmi Note 8 Pro as well. There’s support for MediaTek HyperEngine and Game Turbo 2.0. It’s further coupled with up to 8GB RAM and 128GB internal storage.

In the optics department, the Redmi Note 8 Pro is` outfitted with four cameras which are aligned along the center of the rear panel. The primary sensor here is the much-awaited 64MP ISOCELL Bright GW1 sensor that the company talked about at its camera event in China earlier this month. It’s paired with an 8MP ultra-wide lens with 120-degree field-of-view, a 2MP depth sensor, and a 2MP macro sensor sitting under the flash on the right of the camera module. It supports 960fps super slo-mo video recording as well. 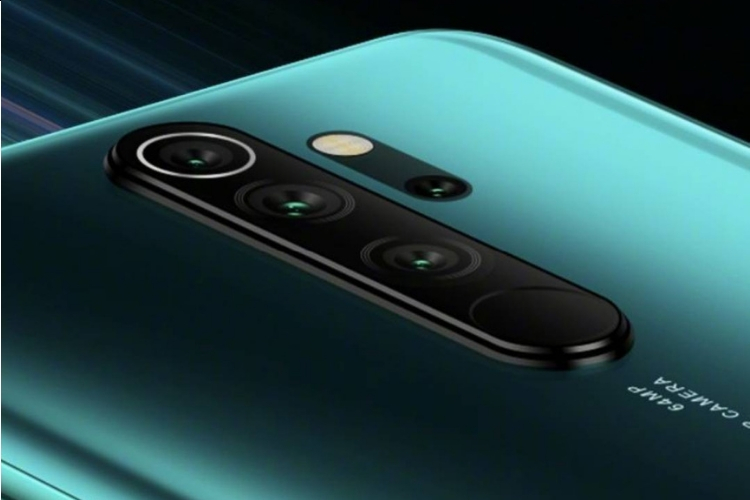 Redmi Note 8 Pro comes equipped with a bigger 4,500mAh battery as compared to the 4,000mAh battery pack inside its predecessor. It has Qualcomm Quick Charge 4.0+ fast-charging support out-of-the-box, which is great. The smartphone runs Android Pie-based MIUI 10 and offers all necessary connectivity options, including Wi-Fi anti-locking feature for improved latency, NFC, and Gamepad support via Bluetooth.

There’s a physical fingerprint sensor on the rear panel, embedded into the camera module itself. You also get a USB Type-C port, 3.5mm headphone jack, and a Smart PA-backed speaker module. It also has an IP52 rating, which means it touts limited water and dust resistance.

The Redmi Note 8 is pretty similar to its elder sibling in terms of design, except for the minor difference that the quad-camera module is placed closer to the edge. The device comes with a slightly smaller 6.3-inch LTPS LCD display, with a 90% screen-to-body ratio and 19.5:9 aspect ratio. 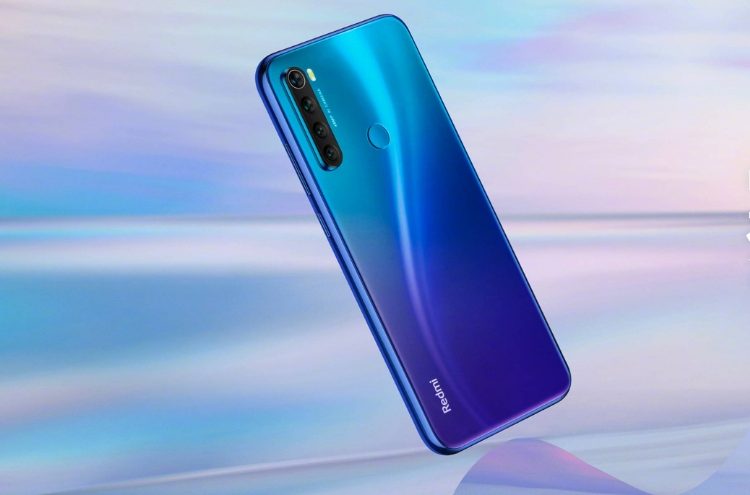 Unlike the MediaTek chipset on Redmi Note 8 Pro, this smartphone is powered by the Snapdragon 665 chipset, paired with up to 6GB RAM and 128GB internal storage. It’s the same chipset we have already seen on the Mi A3, which was launched in India days ago. 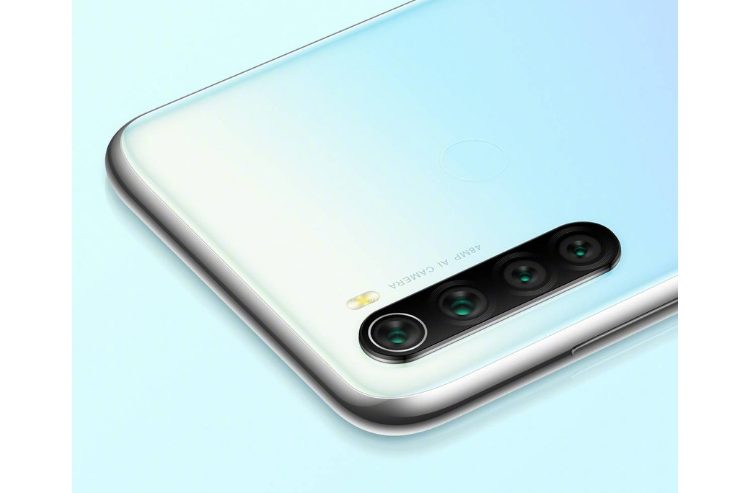 In the camera department, the Redmi Note 8 also features a quad-camera setup but it does not bring along the same 64MP sensor on its Pro variant. Instead, you get a 48MP (f/1.79) primary sensor, paired with an 8MP ultra-wide lens with 120-degree field-of-view, a 2MP macro lens (with 2cm focal length), and a 2MP depth sensor for more crisp portraits. All other lenses except for the primary lens is the same as Redmi Note 8 Pro variant. It also includes a 13MP selfie camera seated in the waterdrop notch up-top.

Redmi Note 8 sports exactly the same-sized battery pack as its predecessor, which is a 4,000mAh battery with support for 18W fast-charging. The company will be providing a fast charger in the box, which is great.

Now, Xiaomi hasn’t revealed any details for the India launch of the Redmi Note 8 lineup just yet but stay tuned for more information. We will update you once we learn about it.