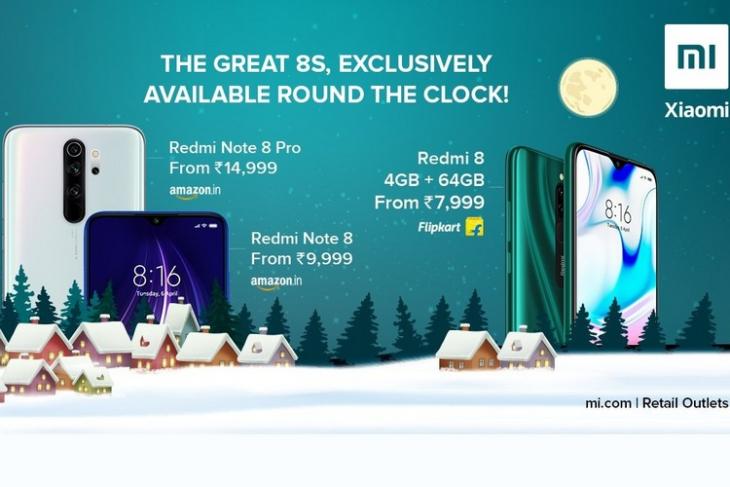 The Redmi 8, Redmi Note 8, and Redmi Note 8 Pro are all available on open sale in India from today. The news was announced by the managing director of Xiaomi’s Indian unit, Manu Kumar Jain, who said the device will now be available for purchase 24×7 via both online and offline channels.

The entry-level Redmi 8 is available on Flipkart starting at Rs. 7,999 for the 4GB+64GB variant, while the Note 8 and Note 8 Pro are sold on Amazon, starting at Rs. 9,999 and Rs. 14,999 respectively. Alongside Amazon and Flipkart, they will also be available for purchase on Mi.com, as well as at offline retail outlets throughout the country.

Just to recall, the Redmi Note 8 and Note 8 Pro were launched earlier this year and, have become major money-spinners for Xiaomi. The company earlier this month announced that the Note 8-series alone (without the Redmi 8) has registered sales of more than 10 million (1 crore) units globally since its launch last August. It’s been a big hit in India as well, shipping over 1 million units within one month of their launch in the country.

Redmi 8 Features Teased on Flipkart Ahead of October 9 Launch