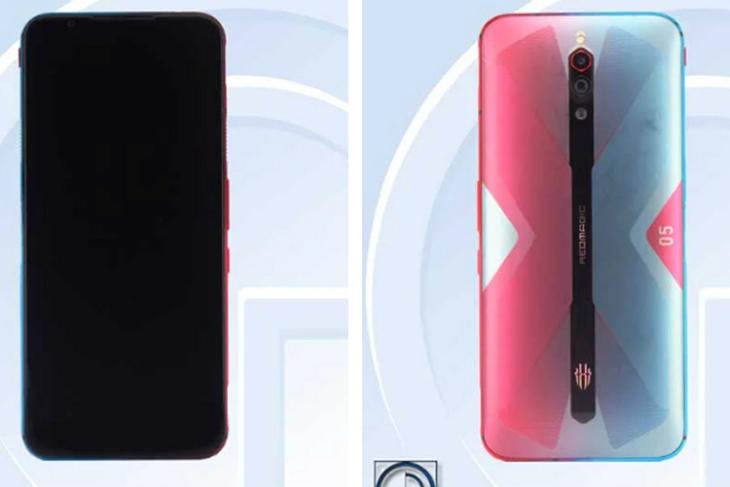 Nubia’s upcoming gaming-centric flagship device Red Magic 5G has passed through Chinese certification authority TENAA. The listing has revealed the design of the device, and it looks flashier than you would imagine.

From the images, it is evident that the handset will come with a hybrid mix of pink and blue colors. Each color dominates one half of the handset, as you can see in the image below. 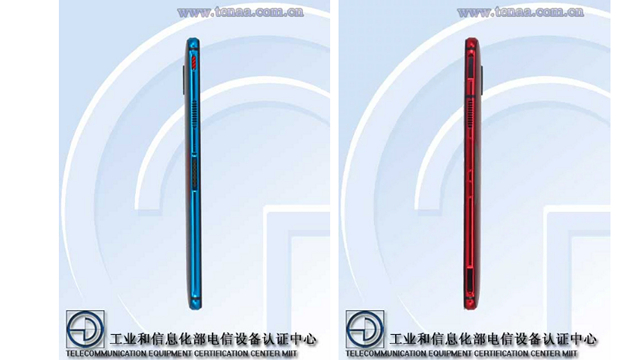 The handset will come with vertically stacked triple rear cameras along with an LED flash on top of it. The power button and the volume controls are mounted to the right side of the device. At this moment, it remains if these images belong to the regular Red Magic 5G or a special edition of the handset.

In case you’re unaware, the Red Magic 5G was first listed on TENAA earlier this week which gave us a few key specifications of the handset. The device will have a 6.65-inch display and a 4400mAh battery.

As per previous teasers, the Nubia Red Magic 5G will be packing a 144Hz display. The company also provides users with the option to manually switch between 60Hz, 90Hz, 120Hz, and 144Hz refresh rates.

Earlier this month, Nubia had teased its 80W fast charging technology and hence, it is safe to assume that we could witness the company debut the technology on its upcoming Nubia Red Magic 5G.

Nubia had earlier confirmed that the handset will have the flagship Qualcomm Snapdragon 865 chipset. The device is also expected to have up to 16GB of LPDDR5 RAM and 256GB of internal storage.