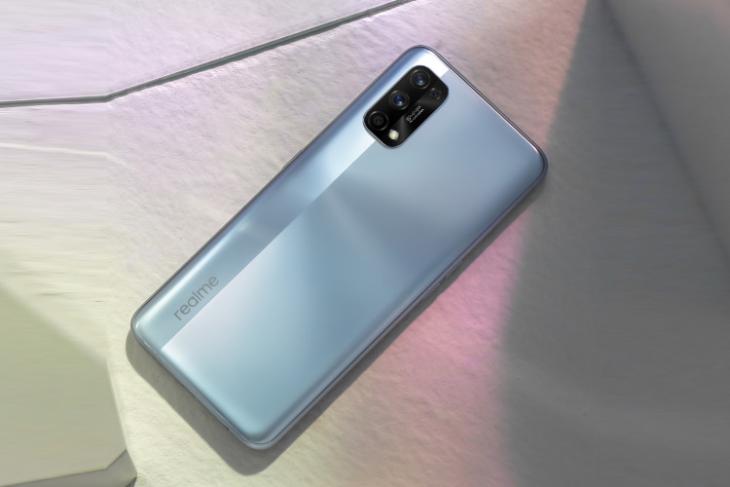 Merely five-odd months after the launch of the Realme 6 series in India, the company has launched its successors – the Realme 7 and 7 Pro – in India today. While Realme 7 brings only minor upgrades over its predecessor, Realme 7 Pro builds on the feedback provided by fans to offer you an AMOLED display and super-fast charging support.

The 6GB+128GB base variant of the Realme 7 has been priced at Rs. 19,999 while the 8GB+128GB variant will cost you Rs. Rs. 21,999 in India. The smartphone will be available in two color variants, namely Mirror Silver and Mirror Blue.

Realme 7 Pro will go on sale starting from 14th September via Realme.com, Flipkart, and major offline retailers in the coming weeks.

Starting off with the design, Realme 7 Pro can surely be seen as a downgrade over its predecessor. The Realme 6 Pro arrived with a glass back panel to provide a premium experience to users in the sub-Rs. 15,000 price segment (prices hiked after GST tax rate increase).

Realme 7 Pro boasts a polycarbonate build with the same AG-Split design as the non-Pro variant. Though it has moved back to plastic from glass, the company asserts that the device still offers you a premium build and comfortable in-hand feel. Also, plastic builds are not as fragile as glass panels. 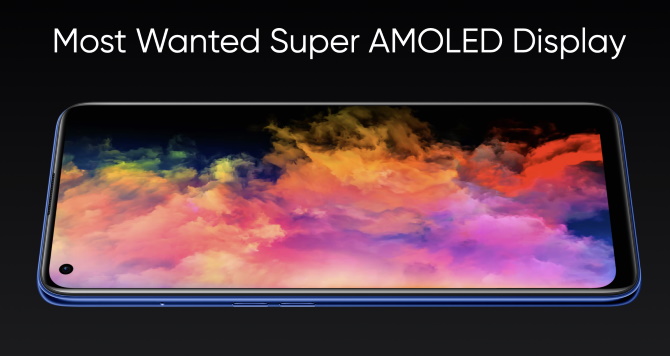 Next up, if you’re someone who prefers a higher refresh rate over the display type then the Realme 7 Pro may have another disappointment in store for you. However, if you’re looking for a sub-Rs. 20,000 phone with an AMOLED display, then the 7 Pro could be the go-to option. The device features a 6.4-inch Full-HD+ AMOLED panel with a standard 60Hz display and 2400 x 1080 resolution. The panel boasts 98% NTSC color gamut and 600 nits of peak brightness.

Under the hood, Realme 7 Pro is powered by the same Snapdragon 720G chipset as its predecessor. This means you are already familiar with its stellar performance. You also have up to 8GB of LPDDR4x RAM and up to 256GB of built-in UFS 2.1 storage, which is expandable up to 256GB via the dedicated microSD card slot. The smartphone runs Realme UI based on Android 10 out-of-the-box. 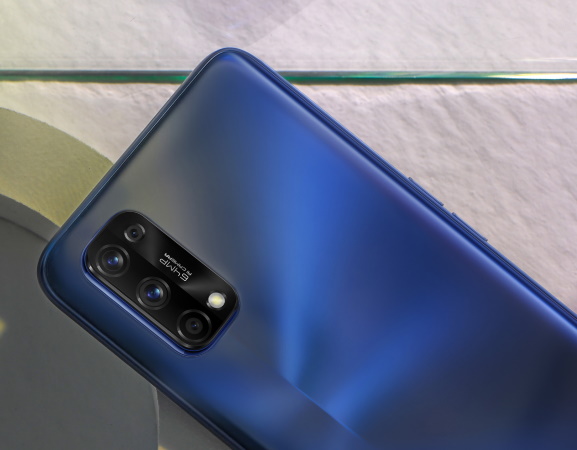 As for the quad-cameras on the rear, you have the exact same sensors as the non-Pro variant – just baked in a slightly different shaped module. This means you get a 64MP Sony IMX682 sensor, paired with an 8MP ultra-wide, a 2MP macro, and a 2MP depth sensor on the rear here. The camera system offers UIS video stabilization, up to 4K @ 30FPS video recording, real-time bokeh video, AI portrait mode, and more.

The dual-camera punch-hole cutout has now been replaced with a single 32MP selfie snapper housed in a punch-hole at the top left.

Apart from the display, the major highlight of the Realme 7 Pro will have to the 65W SuperDart charging support. You have a huge 4,500mAh battery pack onboard and Realme touts that you can charge it from 0% to 100% in just 34 minutes. It’s the same charging technology that’s found aboard its 5G-enabled Realme X50 Pro flagship phone.

Yeah, you now have a sub-Rs. 20,000 phone with super fast-charging, such that you can plug-in your phone before you go to take a bath and have breakfast to return to a fully-charged battery.

You can see the complete specs sheet for Realme 7 Pro attached right here: