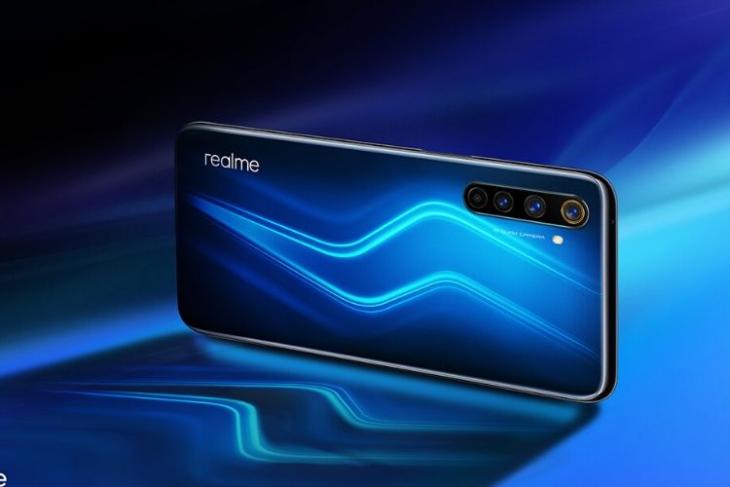 Realme took the wraps off its entry-level Realme C12 and C15 phones earlier this week. But, the company plans to continue its smartphone launch spree with the debut of the Realme 7 series in early September.

Realme India CEO Madhav Sheth, in response to a fan, tweeted that he’s not been seen at recent launch event because he “was busy making 2 new smartphones.” The tweet carries the hashtag #BuildingTheFaster7, which is a strong hint towards the imminent launch of the Realme 7 and 7 Pro in India.

These devices will succeed the Realme 6 lineup, which brought a 90Hz display to the sub-Rs. 15,000 price segment. Now, you must have a lot of questions – will Realme 7 also feature a 90Hz or 120Hz display? which chipset will it be powered by? and more.

I can see that you guys were missing me from the past couple of launch events. Well, I was busy making 2 new smartphones for you, and I have to make them Super Good! #BuildingTheFaster7 https://t.co/EYup6Woazw pic.twitter.com/L7ZBJ6XTGh

While Sheth does not reveal the launch date, a recent leak suggests that Realme 7 and 7 Pro will go official in early September. There isn’t a lot of information available online for these phones but the leak talks about the colors and configurations.

Realme 7 will apparently be available in three configurations – 6GB of RAM + 64GB of storage, 6GB+128GB, and 8GB+128GB. It will come in Mist Blue and Mist White color variants. The Pro variant, on the other hand, won’t have a 64GB variant and arrive in Mirror Blue and Mirror Silver colorways very soon.

The company recently confirmed the launch of a new Realme X7 series in China and it is highly possible that the Realme 7 series will be a rebrand of the same. Realme X7 Pro has already passed via certification agencies with the model number RMX2176. It will feature a 6.43-inch Full-HD+ AMOLED display with a punch-hole cutout, 2.4GHz processor (most likely the newly announced Dimensity 800U) with 5G support,  64MP quad rear-camera setup, and 65W fast-charging support, as per the TENAA listing. Realme X7 and X7 Pro launch on September 1st in China.

It will be interesting to see if the Realme 7 series will be a rebranded version of the X7 series. The company could bring 5G connectivity to the sub-Rs. 20,000 price segment if this turns out to be true.