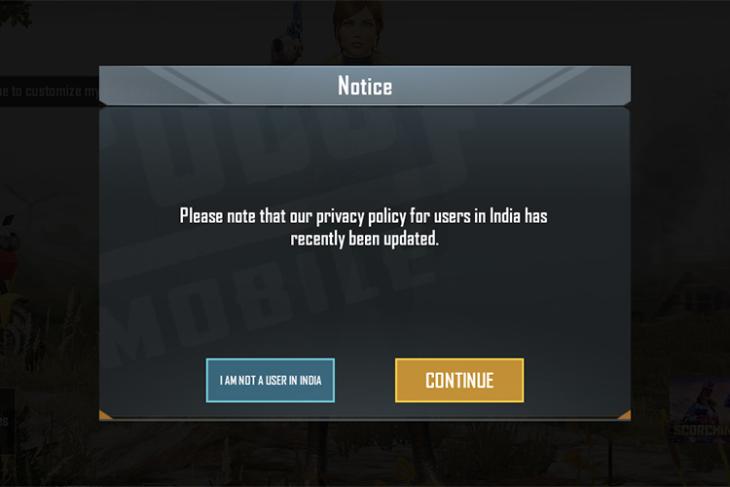 If you’re a fan of PUBG Mobile, you’re probably worried that the Indian government might ban the game really soon. In fact, ever since the government banned 59 Chinese apps, it was pretty much known that PUBG will soon be on the radar as well; and now it is.

While so far there has been no decision on whether or not PUBG Mobile will be banned in the country, it seems Tencent is in no mood to risk it. The company has updated its privacy policy for India and has been showing up pop-up notifications within the game to inform users about the change. 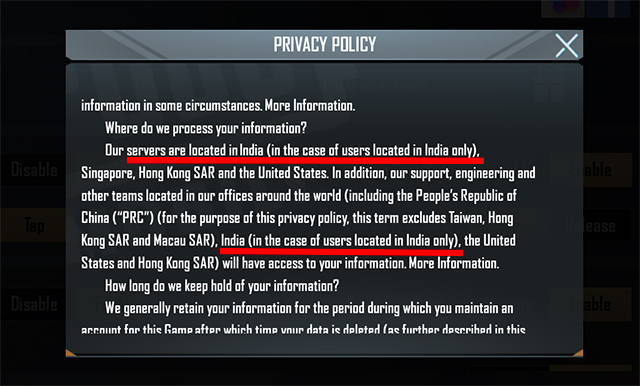 From what we can tell, the new privacy policy pretty much tries to align itself with the Indian government’s demands of foreign apps. The policy states that while it stores some user data for a variety of reasons, for Indian users, those servers are in India itself. The privacy policy also outlines that the company’s support teams, which also have access to user data are also locally present in India itself for Indian users.

We don’t know if these changes can put PUBG Mobile out of the government’s sights for now. However, India is considering another 200 apps and PUBG Mobile is among them. We will only get to know more about this when Tencent Games, or the Indian government choose to say something about it. As of now, if you love playing PUBG Mobile, just hope for the best, and get in as many games as you can… just in case.