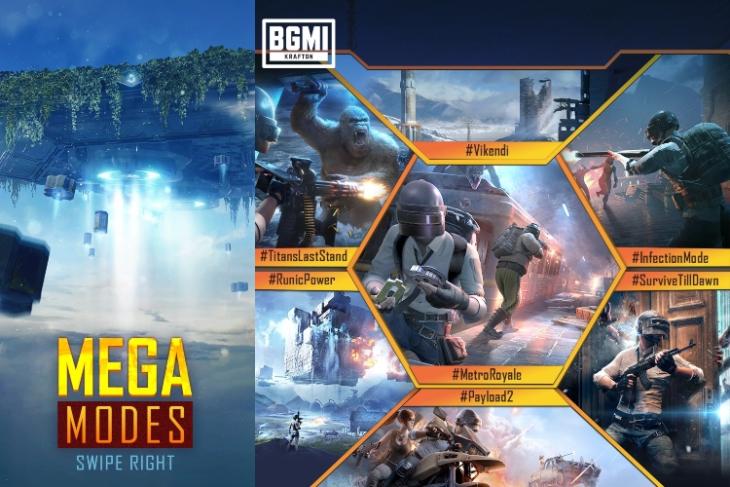 After adding the Flora Menace mode and new guns in the Arena Mode with the last update, Krafton is now aiming to release yet another patch for its uber-popular Battlegrounds Mobile India (BGMI) game. With this update, the developer has confirmed to add several well-known and popular PUBG Mobile game modes as part of its Mega Modes campaign.

Krafton recently took to its official Facebook and Instagram page (attached below) to announce the new Mega Modes update. As part of this update, the company will bring back various game modes in BGMI that were previously available in its now-banned-in-India counterpart PUBG Mobile. These include the Titans: Last Stand mode, Infection mode, Metro Royale mode, Survive Till Dawn mode, Vikendi, and more.

So if you are a BGMI player, you can expect to get a new gameplay experience along with mode-specific weapons and vehicles with the upcoming BGMI update. However, Krafton has not yet confirmed that whether the modes will be coming simultaneously or will be cycled weekly. Furthermore, players needed to reach a certain level on PUBG Mobile to unlock new game modes. So, we can expect Krafton to follow that rule for BGMI players as well.

Coming to the availability, there is currently no information on that yet. However, as the company released the September update on the 16th, we can expect Krafton to deliver the next update sometime in mid-October.

Other than these, citing several user reports of hackers ruining the in-game experience of players, Krafton has banned over 1,40,000 BGMI players in India, using third-party programs to hack in the game. It shows that the company will not take such illegal activities in the game lightly and take serious actions against them.