The battle royale genre blew up after the release of PlayerUnknown’s Battlegrounds, better known as PUBG, on PC. The game’s success prompted a number of developers to release their own battle royale games. Things blew up further when these games made their way to mobile devices. The free-to-play model played a huge part in making the games popular. But for many gamers, playing shooting games on a touch screen isn’t all that intuitive and doesn’t feel as satisfactory as using a mouse and keyboard. But considering not everyone is willing to pay for PUBG on PC or has a PC powerful enough to run the game, you aren’t left with much of a choice, or so it would seem. So if you’ve been wondering how you can get the best of both worlds, we’ve got you covered. Here’s how to play PUBG Mobile on PC.

Play PUBG Mobile on Your Windows PC in 2020

Currently, there are two official ways to Play PUBG on Windows PCs. The most popular one is the Gameloop emulator — developed by Tencent itself — because it has a huge player base and runs exactly like PUBG Mobile. Earlier, it was called Tencent Gaming Buddy but it has been renamed to Gameloop now. Next is PUBG Lite — a proper desktop game developed by Tencent for Windows PCs. It was released last year in July and since then, PUBG Lite has also amassed a significant player base. We will go through both of them and find out which one is the best way to play PUBG on PCs. Having said all of that, let’s begin with Gameloop first and learn how to set it up. In the end, we have highlighted the optimal settings that you should use to run the game smoothly so check that too.

Gameloop is rightly claimed to be the best-ever emulator for PUBG Mobile and it’s relatively simple to use. To get started, you’ll need to download the setup file from this link and install the emulator on your Windows PC. 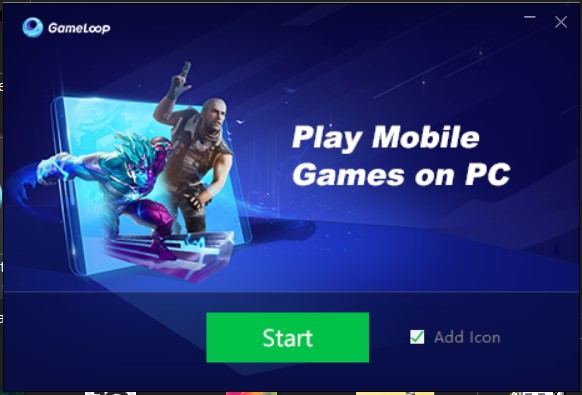 The setup process is quite simple and straightforward; just run the .exe file and the setup wizard will guide you through the process. The setup executable will first install the emulator on your system, after which, you can click on PUBG Mobile to download the game. 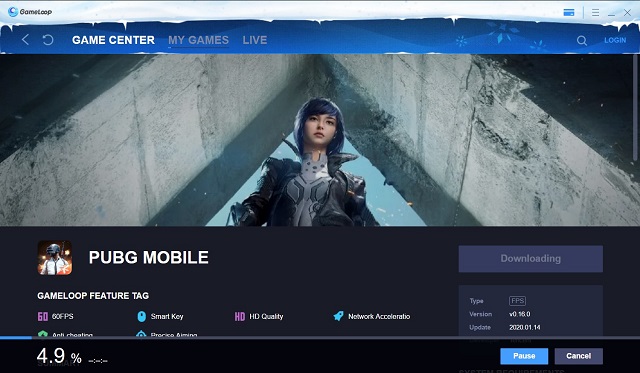 By the time the game downloads, you can set up the emulator to ensure optimal performance on your system as the default settings don’t offer the best performance. To do so, click on the hamburger menu in the top right corner of the emulator home screen and tap on the ‘Settings’ option. 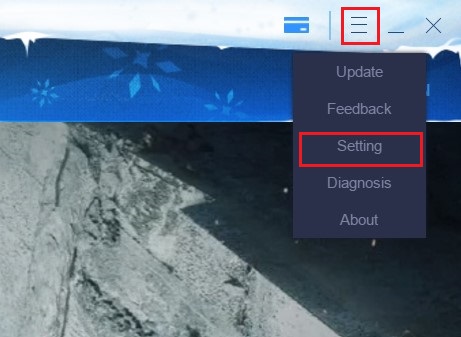 In the settings option, you’ll have to make the following changes to ensure the best performance: 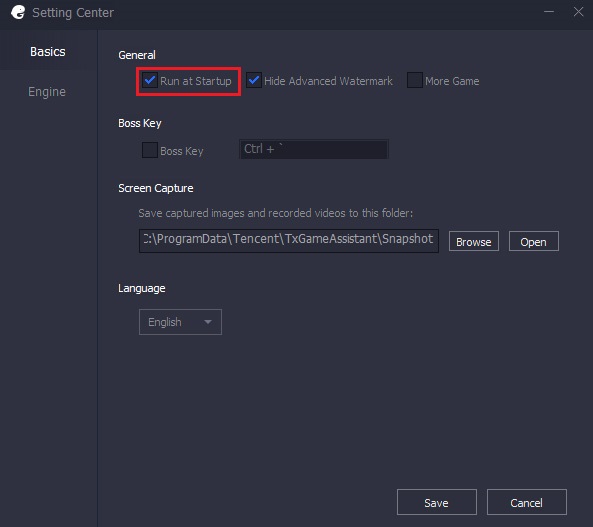 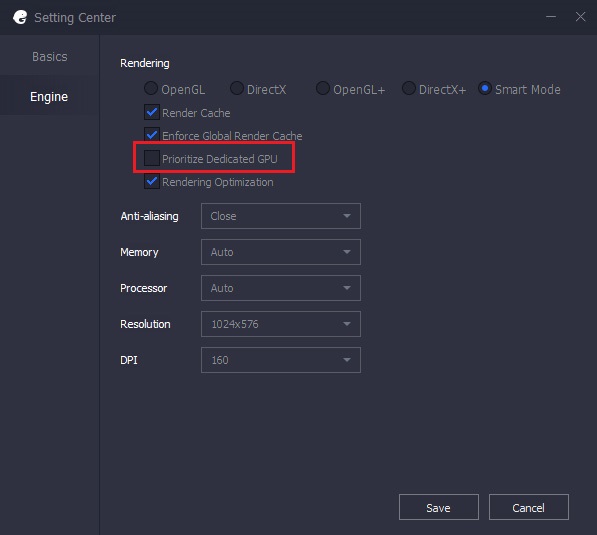 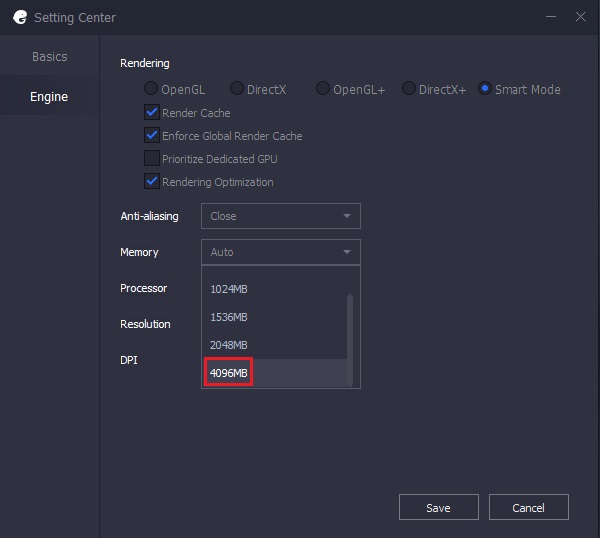 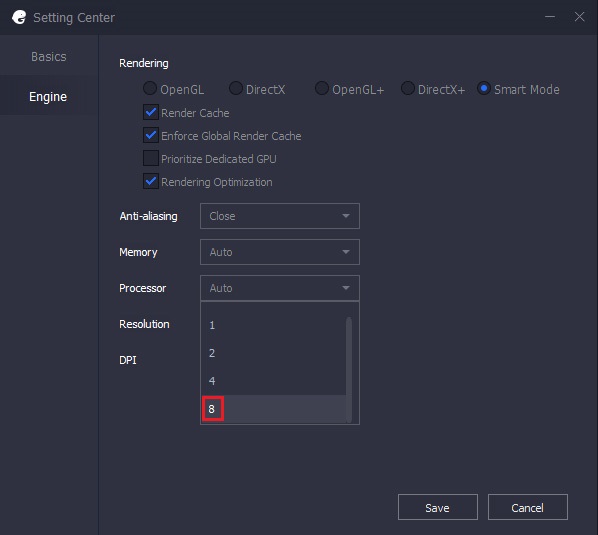 In my testing, I also found that selecting the lowest possible DPI from the ‘DPI’ drop-down menu also has a positive impact on the performance. Once you’re done changing the settings, you’ll need to restart the emulator for the settings to take effect, but make sure you restart after the download is complete or you might have to start downloading the game from scratch.

Now that you’ve got the game downloaded and have already applied the optimal settings, you can run the game. The first time you start the game, you’ll see a controls panel to the right of the emulator which will list down all the keyboard and mouse controls to play the game. While most PC gamers will be familiar with the controls, if you’ve never played a shooting game on your PC before, I would strongly advise you to go through the controls and memorize them as well as you can. The panel can easily be hidden when not in use.

You can now log in to your Twitter or Facebook account to sync your PUBG Mobile data or play as a guest if you don’t want to log in to your account. Do note that if you log in with the same credentials that you used on your phone, all your PUBG Mobile account data will be carried forward to the emulator and the stats will remain synced up no matter which platform you play the game on. 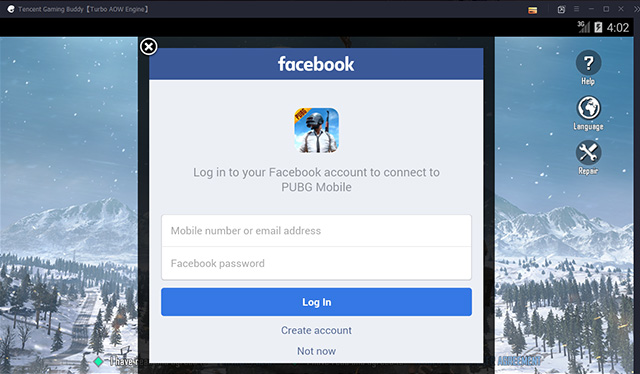 Once you’re logged in, you can customize the in-game settings as per your preference and in accordance with your system’s capabilities. My system has an Intel Core i7-7700HQ, coupled with an Nvidia GeForce GTX 1050Ti and 16GB of RAM and I use the following settings: 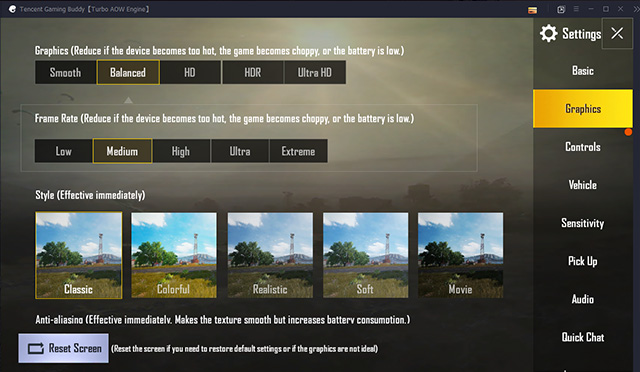 With these settings, the game runs rather well on my system with minor stutters and lags here and there, which is to be expected since we’re running the game on an emulator. Don’t expect the game to run as well as it would run on a high-end smartphone, even if you have high-end hardware powering your PC.

You might also want to change the controls as per your liking, by clicking on the ‘Customize’ button in the bottom left corner of the ‘Controls’ tab in the in-game settings menu. 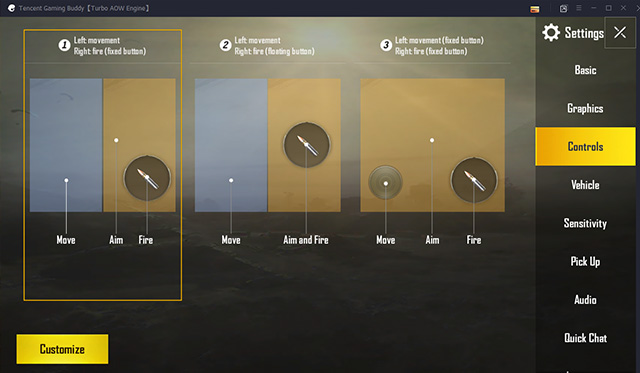 Another thing you might want to adjust before playing any games is sensitivity. In my experience, the default sensitivity settings are a bit too sensitive for my liking and I lowered them down considerably to make camera panning, ADS and scope sensitivity a bit more manageable. 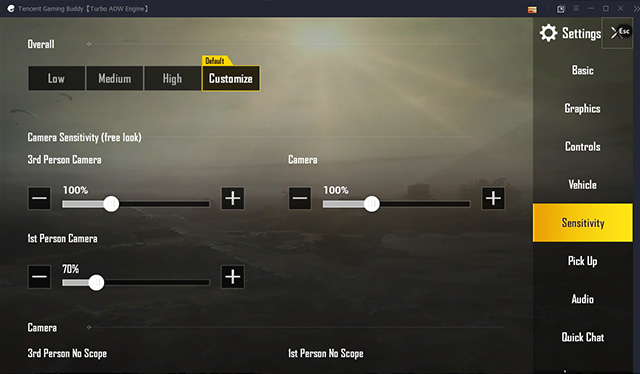 As I said above, PUBG Lite is another way you can enjoy this awesome battle royale game on your Windows PC. The game has been developed by Tencent itself so there is not much to do for installation. Just click and install. Apart from that, your PC should have at least 4GB of RAM, an i3 processor, Intel HD 4000 or mid-tier AMD Radeon graphics and should be running Windows 10, 8 or 7. So having said all of that, let’s move to the installation steps.

1. Click on this link and download PUBG Lite on your computer. In case the installer says some drivers or libraries are missing, you can download those files from the same link.

2. Next, run the program from the desktop shortcut and log in to your PUBG account. After that, click on the “Install” button and you are done. The size of PUBG Lite is around 3.9GB so it will take considerable time to download and install the game. 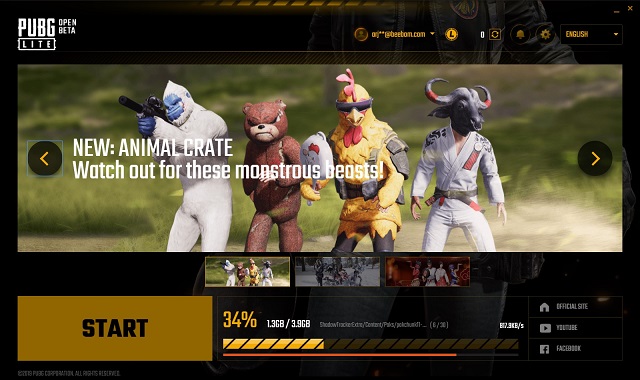 3. Once the installation is done, just open the game and you will be able to play PUBG on your Windows PC just fine. 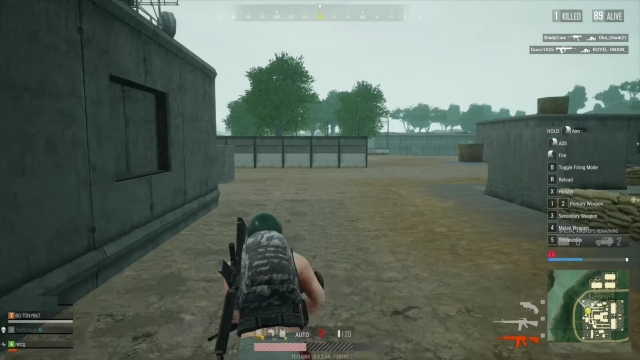 4. However, if you want to customize PUBG for a desktop environment, change a few settings: increase the render scale to 120; set the field of view at 90-degree angle; move anti-aliasing from medium to ultra based on your PC’s configuration. All these settings are my personal recommendations, but you can try your own and see what combination yields better FPS output and graphics quality.

Play PUBG Mobile on PC and Grab that Chicken Dinner

Well, that rounds up how to play PUBG Mobile on your PC. The Tencent Gameloop emulator is undoubtedly the best emulator to run PUBG Mobile out there and even though there are a couple of other popular Android emulators like Bluestacks and Nox, they don’t offer the same fluid gameplay experience you’d get with the Tencent Gameloop. You can also try playing PUBG Lite, if your major reason for playing PUBG Mobile is an old PC. PUBG Lite doesn’t require powerful hardware and can run even on lower-end PCs.

So, now that you know how to play PUBG Mobile on PC, do you think you’ll be able to improve your gameplay and ranking in the game? Share your experiences in the comments down below and in case you face any issues, we’ll do our best to offer solutions to whatever problems you might face while running PUBG Mobile on your PC.