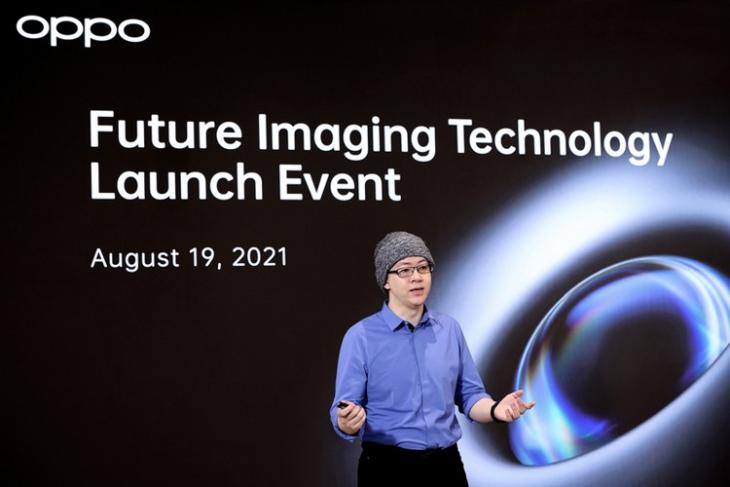 To further improve its smartphone cameras, Chinese giant Oppo has unveiled a bunch of new imaging technologies at its 2021 Future Imaging Technology Launch event. These include a new Continuous Optical Zoom lens, the next-gen RGBW sensor, and a five-axis OIS system. The new imaging technologies come days after the company unveiled its next-gen under-display camera earlier this month. So, let’s take a quick look at each of these new technologies.

Starting with the new telephoto lens, it is an 85-200 mil lens with support for continuous zoom technology. Unlike the periscope lenses that are found in today’s high-end devices such as the Samsung Galaxy S20 Ultra or the Huawei P30 Pro, Oppo’s new lens elements move smoothly throughout the 85-200mm zoom range to capture crisp and clear pictures without the need of digital zoom, artificial sharpening, or cropping.

Moreover, as per the company, the new lens technology avoids some of the common imaging issues like white balance inaccuracy and color bias, which are there in traditional multi-camera zoom systems.

Along with this, Oppo also unveiled a new five-axis optical image stabilization (OIS) system to enable gimbal-level stabilization for smartphone cameras. The said technology leverages both lens-shift and sensor-shift techniques to stabilize cameras in different situations. Moreover, it uses data from a phone’s gyroscope sensor to better its capabilities. It also comes with the ability to roll the sensor along both the X and Y axes.

According to Oppo, the new five-axis OIS technology will offer 3x better performance than the current OIS-supported camera modules. It will start appearing in Oppo phones starting from the first quarter of 2022.

Lastly, the Chinese giant unveiled a new camera sensor that is based on an RGBW sub-pixel layout. This adds an additional white subpixel layer to enable a 60% increase in light sensitivity. As per Oppo, the sensor is made using advanced manufacturing and processing technologies that increase its “level of computing power needed to execute complex algorithms and maximizing the amount of data extracted via the sensor’s white pixels.”

It uses the company’s proprietary 4-in-1 pixel algorithm to significantly boost color performance. Moreover, it solves a few issues of current sensors such as color inaccuracy and moiré patterns, which are the unwanted rainbow patterns that appear in photographs.

As for availability, the company says that it will start shipping the new sensor with its smartphones, starting from late 2021.