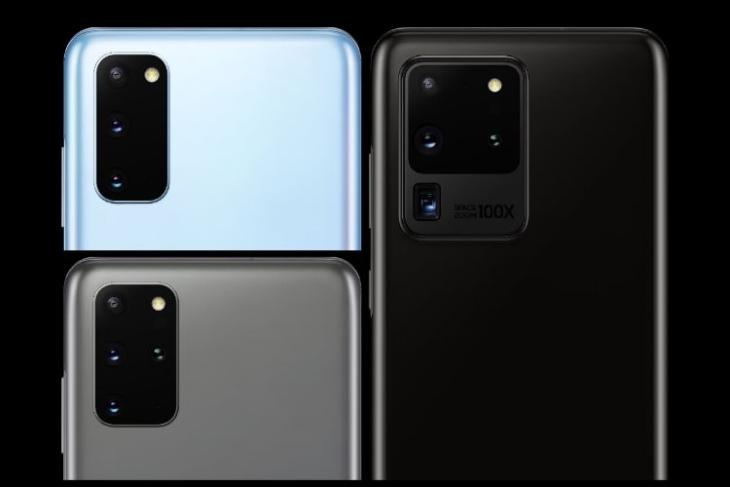 At the Galaxy Unpacked 2020 event in San Francisco, Samsung today launched its latest flagship smartphone lineup. The Galaxy S20 series succeeds the Galaxy S10 series from last year, starting off the decade on the right foot. The Korean giant has ditched the more affordable Galaxy S10e successor this year. Instead, it seems to be following Apple’s lead to streamline its lineup and has introduced three new devices – Galaxy S20, Galaxy S20 Plus, and Galaxy S20 Ultra.

Galaxy S20 is now the base variant, going up against the iPhone 11, instead of what may have been called the Galaxy S20e (there’s nothing like that this year). Samsung has, for the first time, introduced a high-end “Ultra” variant into the mix this time around. So, if you are wondering how the 3 different Galaxy S20 variants differ from each, well, here’s a quick specification run down that we’ve compiled for you:

In the specifications table, you can see here that each of the Galaxy S20 variants packs almost every feature that you desire from a flagship smartphone. You get a punch-hole display, a flagship chipset (Snapdragon 865 or Exynos 990), 5G support, some amazing camera features, a huge battery, wireless charging, an IP rating, and a lot more.

Samsung appears to have outdone itself by launching a camera-centric smartphone this year, which I would say is a smart move considering Huawei (who is known to have the lead when it comes to smartphone cameras) is out of the picture in the U.S.

So, which of the three Galaxy S20 variants manage to catch your fancy? I loved testing the zooming capabilities of the Huawei P30 Pro and Oppo Reno 10x Zoom, so I can’t wait to get my hands on the Galaxy S20 Ultra. I really want to test out the 100x Space Zoom feature.