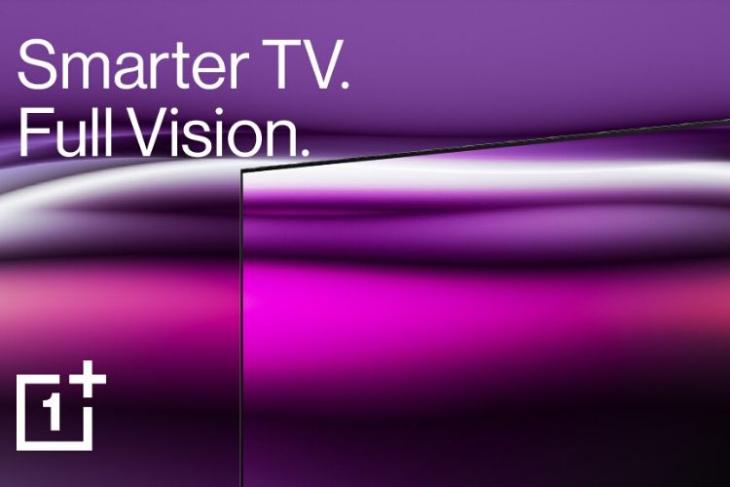 OnePlus initially launched a premium smart TV to cater to a rather niche audience. But the Chinese giant is now gearing up to tackle the mass market. The upcoming OnePlus TV lineup launches later this week (2nd July) and a fresh leak sheds light on the screen size and prices of the smart TVs.

The report further mentions that the 32-inch and 43-inch budget variants will come with Dolby Audio support. The 55-inch OnePlus TV will, however, support both Dolby Audio and Dolby Vision. The existence of the latter was confirmed by Amazon over the weekend as the wall mount bracket for the 55-inch variant spotted on the e-commerce website.

The company itself has revealed some of the key features of its upcoming TVs over the past couple of weeks. This includes a bezel-less LED panel with a 95 percent screen-to-body ratio, 93 percent NTSC color gamut, and support for popular streaming apps like Netflix, Prime Video, and other out-of-the-box. It isn’t currently clear whether all these specs will differ for the three variants, but the 55-inch variant will be as premium as last year’s 65-inch variant.

The 55-inch 4K OnePlus TV will be powered by a MediaTek chipset and include the company’s signature Gamma color chip (for MEMC support and better colors), as per the report. The company has also confirmed that all of its upcoming TVs will feature a kevlar back panel – the same as the Q1 series.

As you can see, we know a lot about the upcoming budget OnePlus TV lineup ahead of its official launch. The company has itself confirmed that there will be three variants and teased their official prices over the weekend.

The tweet attached below shows that the 32-inch and 43-inch variants will be priced under Rs. 20,000 and Rs. 30,000 respectively in India. The 55-inch variant will breach the Rs. 40,000 price mark, going head-to-head with its competitors including Xiaomi, Vu, Realme, and others.

It's all that you need at a price that you want. Can you guess the price of the upcoming OnePlus TV Series? #SmarterTV #OnePlusTV

There’s only three days to go for the official launch, where we will learn the official specs and prices of all the OnePlus TV variants.