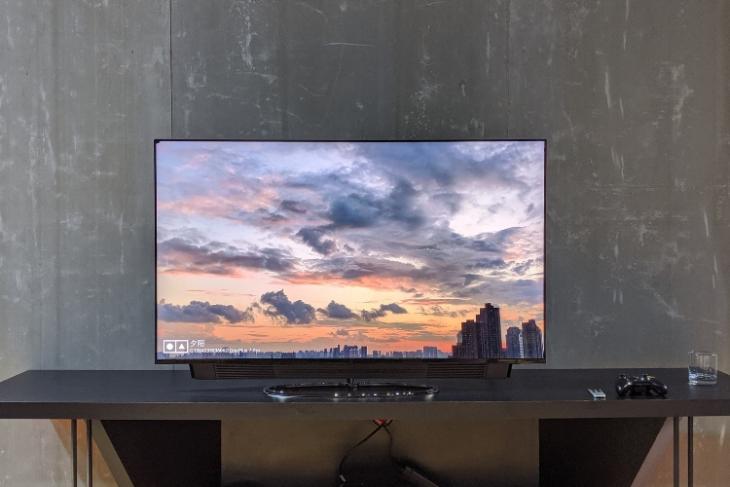 As has become standard for us, let’s start off with the design and work our way down to the nitty-gritties of the OnePlus TV Q1 series. The company says that the OnePlus TV Q1 lineup consistently inherits OnePlus’ burdenless design philosophy and the brand’s Never Settle spirit. The company has created a premium smart TV offering, with a focus on the design elements, display quality, materials, and more. 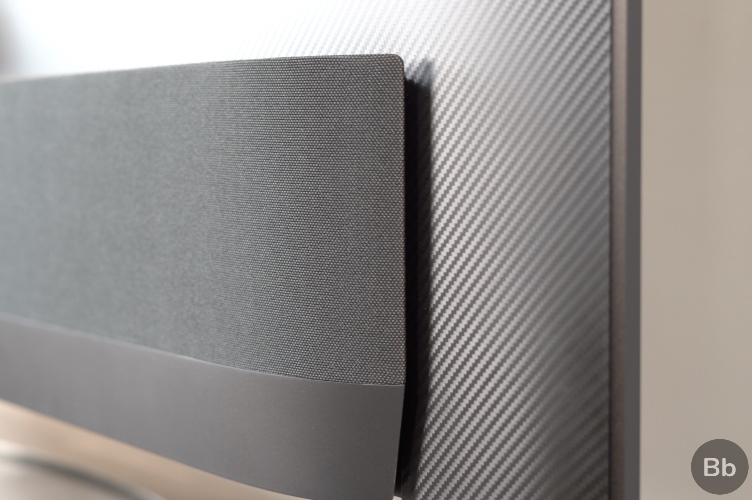 OnePlus revealed one major design element of the OnePlus TV lineup in a tweet prior to launch and well, it definitely adds to the premium appeal. The back panel of OnePlus TV has been covered in a gorgeous carbon fiber pattern and even though it will remain hidden if you decide to mount your smart TV, it adds to the overall visual aesthetics. And it’s pretty difficult to have such large TVs sitting on a tabletop, but the Chinese giant has bundled an elegant stand in the box called OnePlus Dock. 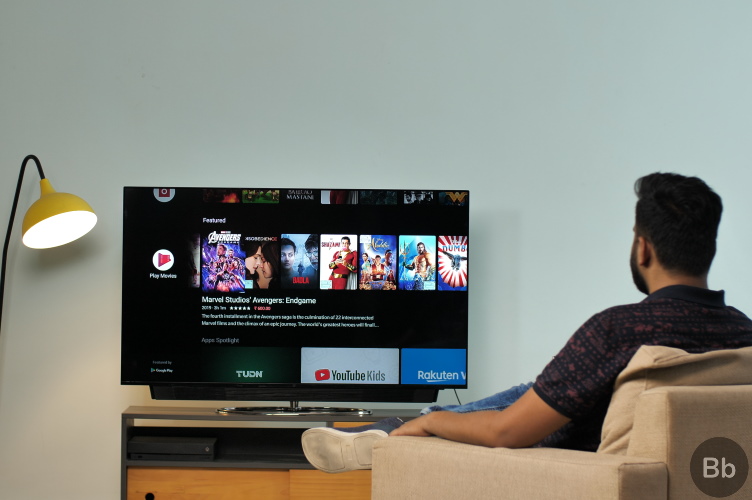 As has been known to us for several weeks, OnePlus TV features a 55-inch 4K QLED display panel (quantum dot technology), with razor-thin bezels to offer an immersive experience to users. You will find narrow bezels all-around the display panel, except for your bottom bezel, which houses the OnePlus logo. This new smart TV supports 96% DCI-P3 and 120% NTSC color gamut, which is the world’s highest, and means that OnePlus TV will show you vivid colors and deeper blacks.

OnePlus TV is powered by the MediaTek MT55670 chipset that was unveiled earlier this week for 4K smart TVs. It comes with 4 ARM Cortex-A53 cores operating at 1.5GHz, along with an ARM Mali-G51 GPU, 3GB of RAM, and 8GB of internal storage. The chipset packs support for 4K UHD content at 60Hz, meaning it’s perfect for the Q1 series. 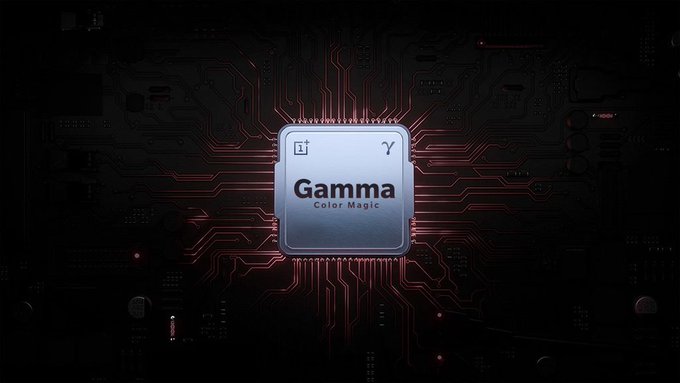 But, this is not the only chip working under the hood to provide users crisp and detailed viewing experiences. OnePlus has created a custom image processor called the “Gamma Color Magic processor” to enable the Q1 series to offer extraordinary image quality and improved performance  – which we’ve already talked about in the display section above. OnePlus TV supports Super Resolution, along with MEMC (Motion Estimation and Motion Compensation) and decontour.

The OnePlus TV Q1 series is flush with a slew of connectivity options including a USB 3 port, a USB 2 port, 4 HDMI ports, Ethernet, Optical, AV in and RF port – all of which are hidden under a protective cover that completes the seamless carbon fiber aesthetics of OnePlus’ first smart TV lineup.

OnePlus TV Q1 Pro comes outfitted with an 8 speaker stereo sound system (as had been tweeted by the company weeks before launch), including 4 full-range speakers, 2 tweeters, and 2 woofers that can provide you a 50-watt output. The first smart TV from OnePlus features 3-way digital crossover, 6-channel amplification, and an integrated 2.1 audio channel configuration (with Dolby Atmos support) to offer users a desirable sound experience. The speaker system is covered in a matte-finish seamless fabric which complements the carbon fiber back panel. 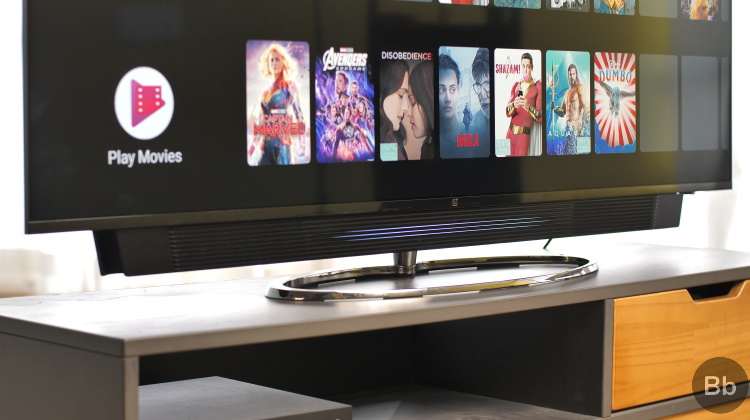 A highlight feature on the speaker front, however, has to be the sliding soundbar that you will find on the Pro variant of the OnePlus TV – good for 100,000 motions and sliding time is said to be 7.2 seconds. The soundbar sports a ‘horizon light’ that shines through and OnePlus describes its purpose saying, “We want to provide a ceremonious moment when every time you turn on the TV and enter the world that OnePlus brings to you.”

OnePlus showed off the sleek and beautiful remote control for the new OnePlus TV Q1 series weeks before launch. The company has revealed that its design is inspired from OnePlus 3, offering a metal finish and minimalist construction with fewer buttons than traditional TVs. 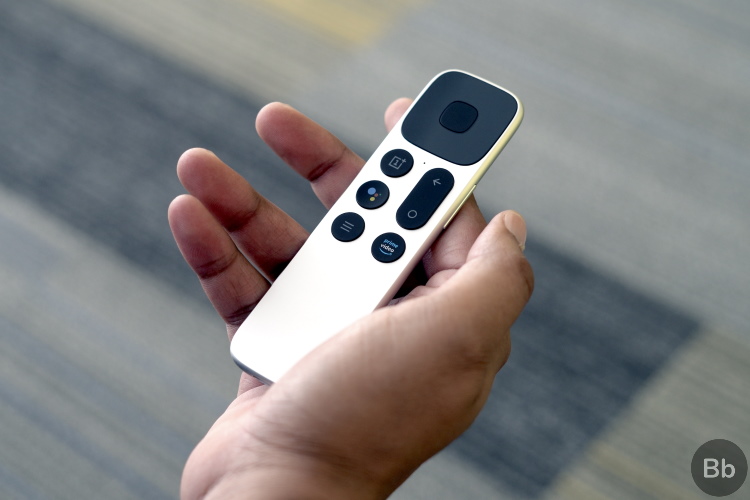 Talking about the buttons, you will find a OnePlus button (also the power button but it needs to be long-pressed to turn on/off the smart TV), Google Assistant, Prime Video, home, back, and menu buttons below the D-Pad used for navigating the interface.

OnePlus TV remote is unique in one other aspect. It doesn’t require you to insert AAA batteries for it to operate. So, don’t go searching for a removable back panel. Instead, you’ll find that the remote comes outfitted with a USB Type-C charging port at the bottom, which will allow you to quickly top-up the Li-ion battery inside, which is surely awesome from a user’s perspective.

Both the OnePlus TV Q1 and Q1 Pro run relatively stock Android TV 9, with the Chinese giant promising at least three years of software updates. It has introduced some meaningful changes to the experience and well, the most essential one will have to be Oxygen Play. Well, you can think of Oxygen Play as PatchWall for OnePlus TV – this is a central content destination that’s tuned to your interests.

Oxygen Play is designed to surface content based on your tastes – defined by what you have recently consumed on OnePlus TV. It’s a one-stop-shop for content from local and international content providers including YouTube, Prime Video, Eros Now, Jio Cinema, Hungama, and Zee 5. These are its launch partners and OnePlus plans to add more content providers in the coming months.

OnePlus further states that it will provide exclusive content on the shelf (or carousel up-top) and support both text and voice search, which gives users more control over their experience. There’s also a gaming mode that optimizes the display to provide a better gameplay performance, but we will need to test it out before we can confirm the same. 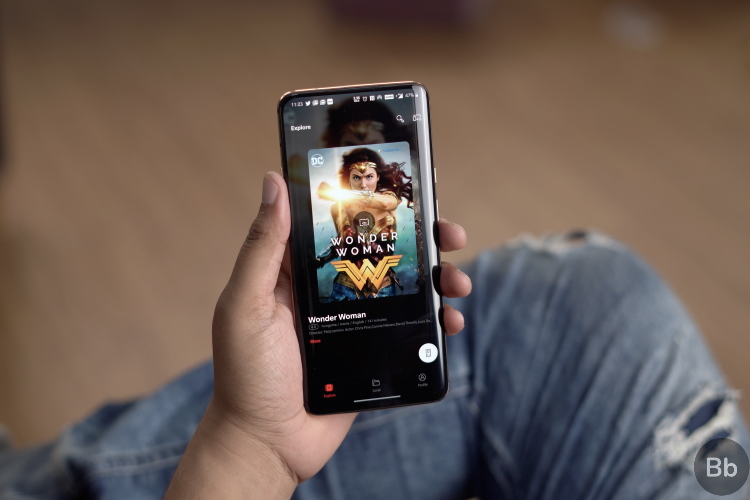 OnePlus TV Q1 series would have been like any other smart TV out there if not for this feature. The company has elevated the user experience with the launch of a companion OnePlus Connect app, which is basically designed to replace your TV’s remote control. I know, it sounds absurd but the Connect app is paired to the OnePlus TV and offers you access to features like TypeSync (inputting text from your smartphone to the TV), Wi-Fi Sharing for easier setup, Smart Volume control, and more. You can read about all these features in detail right here.

You can check out the complete specs sheet of OnePlus TV Q1 series down below, but let me tell you that there’s only a minor difference between the Q1 and Q1 Pro variants. The former doesn’t have a retracting soundbar and only has four speakers as compared to the eight speakers on Q1 Pro. 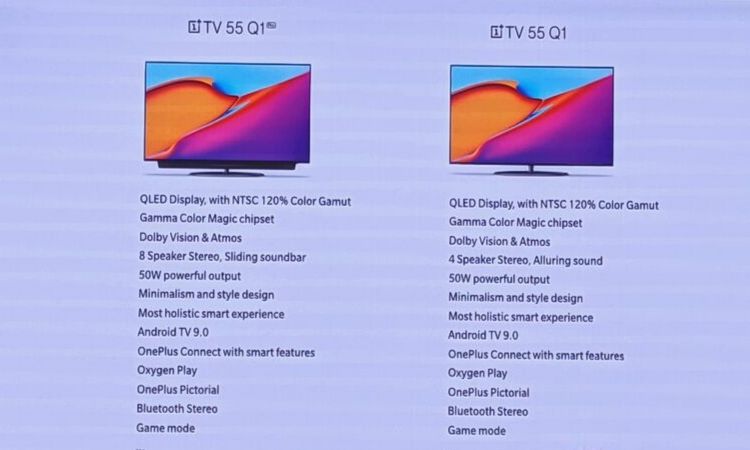