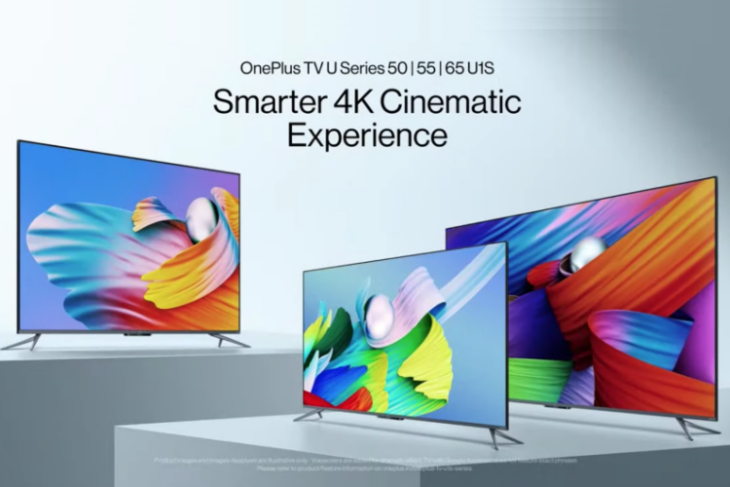 The company’s latest smart TV lineup includes three different-sized models. Each of the models features similar specs and below are the prices of the new OnePlus TVs.

The OnePlus TV U1S series will be available to buy tonight for Amazon Prime, Flipkart Plus, and Red Cable Club members in India.

Now that you know about the price and availability, let me give you a quick rundown of the key specs and features of the OnePlus TV U1S series.

Before moving ahead, it is worth mentioning that all three variants of the OnePlus TV U1S series pack similar specs. The only difference between each model is their screen size and speaker output.

Speaking of the screen, all variants of the OnePlus TV U1S series boast a bezel-less 4K LED panel that supports HDR10+, HLG, and MEMC. To complement the display, OnePlus has fitted the 65-inch model with powerful 30W speakers (2x full-range and 2x tweeters). They support Dolby Audio and are co-tuned by the popular Danish audio company Dynaudio. 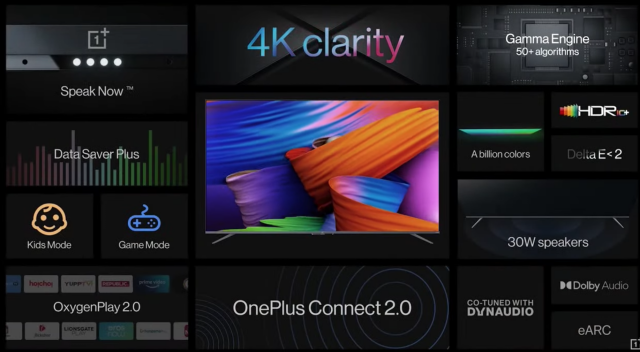 In addition, OnePlus offers a variety of handy features that you might not find in other Android TV-powered smart TVs in the market. This includes the ability to control the TV with the OnePlus Watch, automatically turn off the TV when you fall asleep, add up to 5 members to the OnePlus Connect app so they all can control the TV, and more. You get Kids mode, Game mode, and a Data Saver Plus feature as well.

The Chinese giant has also launched a OnePlus TV camera accessory, which you need to buy separately for Rs. 2,499 in India. It will allow you to take Google Duo video calls on the big screen and comes with a built-in privacy shutter. It connects over USB, captures Full-HD resolution video, and includes two microphones on board as well. 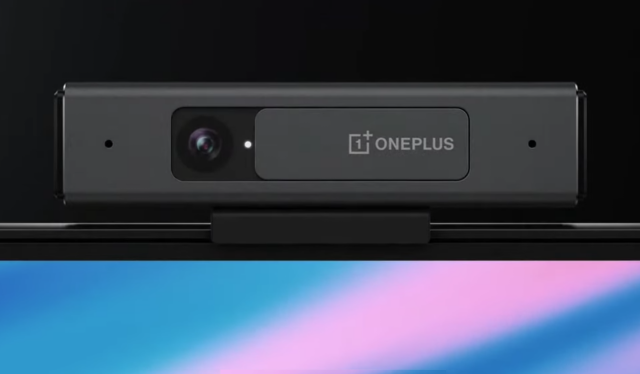 This was all about the new OnePlus TV U1S series. With the launch of the new TV series in India, OnePlus is aiming to capture more share of the TV market in India, which is currently dominated by its arch-rival Xiaomi.

So, if you are in the market looking to buy a smart TV, would you buy the new U1S TVs over Xiaomi’s offerings? Let us know your thoughts in the comments below.