Skip to content
Home News OnePlus Shows off the Nord Buds in Official Teaser Images; Check It out Right Here! 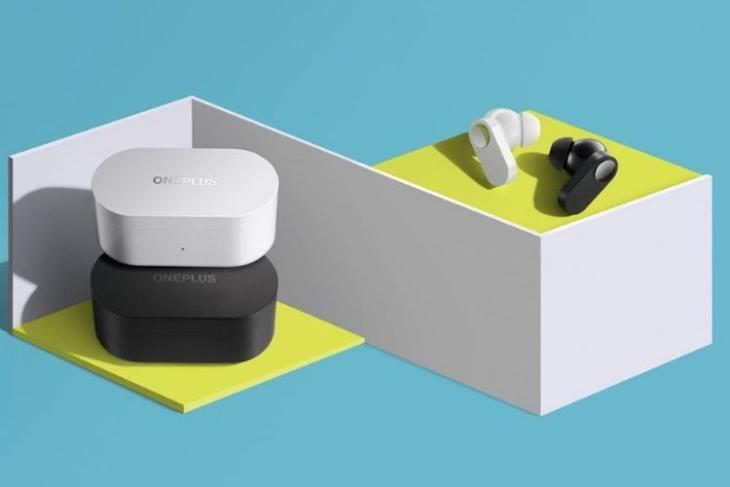 Last week, OnePlus confirmed to host an official launch event to release the OnePlus 10R, the OnePlus CE 2 Lite 5G, and the Nord Buds, in India. In addition to sharing some details about its upcoming smartphones, the company has now shared the first official image of the Nord Buds, confirming the design of the first Nord-branded TWS earbuds, ahead of their launch. Let’s take a look at the details below.

Ahead of the official April 28 launch, OnePlus has started showing off its upcoming products in teaser images. After showing off the design of OnePlus 10R late last week, the company has now revealed the Nord Buds in a couple of images on Amazon and its official website. You can check out the recent tweet from OnePlus India attached right below.

The teaser image of the Nord Buds showcases it in two colors – black and white. The earbuds come with an in-ear design along with flat stems and are exactly the same as we saw in a previous leak earlier this month. The charging case features an LED indicator at the front and OnePlus branding on top. There’s also a dedicated microsite on Amazon India, which confirms the place you can buy it from. It will also be available via Flipkart, the company’s online store, and offline stores.

The Nord Buds come as the first TWS earbuds from OnePlus’ Nord sub-brand. The audio accessory is slated to be an affordable option in the TWS sector, which is currently being dominated by brands like boAt, Realme, and others.

On its official website, OnePlus has also revealed the design of the Nord CE 2 Lite 5G and even the OnePlus 10R. While the OnePlus 10R rocks a Realme GT Neo 3-like design, except for a few changes at the back, the Nord CE 2 Lite comes in an eye-catching “Blue Tide” colorway along with a rectangular camera module and a textured region at the top and a OnePlus logo at the middle. You can check out the image attached below.

The CE 2 Lite 5G is confirmed to come with a 5,000mAh battery with support for 33W. It is rumored to be powered by a Snapdragon 695 chipset and sport a triple camera setup with a 64MP primary lens. The OnePlus 10R, on the other hand, is confirmed to be backed by the MediaTek Dimensity 8100-Max processor and support for 150W fast charging.

OnePlus will continue to reveal more details about the Nord Buds, OnePlus 10R, and the Nord CE 2 Lite in the coming days. So, stay tuned for further updates and the OnePlus’ “More Power to You” launch event in India on April 28 at 7 PM.