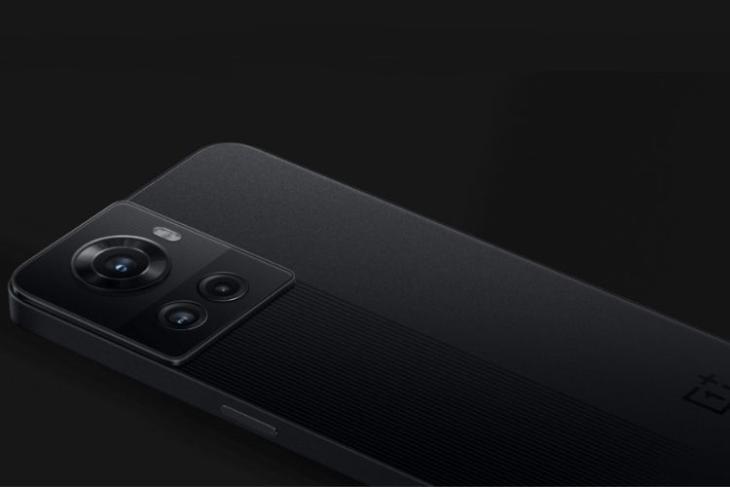 Ever since OnePlus announced its April 28 event in India, speculations regarding the arrival of the OnePlus 10R and Nord CE 2 Lite have been rife. Now, we have an official word from OnePlus, which now officially confirmed the launch of both these smartphones in India later this month. Here are all the details.

OnePlus has now revealed that it will indeed launch the much-rumored OnePlus 10R and the Nord CE 2 Lite 5G via an official listing on its Indian website. The company has also posted a tweet to confirm the 10R design and more details.

It is revealed that the OnePlus 10R will flaunt a flat-edge design, which was leaked just yesterday. Hence, expect a GT Neo 3-like design but with a dual-textured back panel and a triangular arrangement for the rear cameras. The OnePlus 10R is seen in black and pastel green colors here, but we might get to see one or two more color options to choose from.

OnePlus has also confirmed that the OnePlus 10R 5G will come with support for 150W SuperVOOC fast charging, much like the Realme GT Neo 3. Another variant with 80W fast charging will also be launched, again, just like the GT Neo 3.

More details will be revealed eventually but we can expect the same spec sheet as the Realme GT Neo phone. A MediaTek Dimensity 8100 chipset, a 120Hz display, 50MP triple rear cameras, and more are expected. In addition, it is also revealed (via Weibo) that the OnePlus 10R will launch in China as the OnePlus Ace on April 21. The specs and design will be the same.

As for the OnePlus Nord CE 2 Lite, the company has revealed that the smartphone will come with 5G support and a 5,000mAh battery with 33W SuperVOOC charging. A sketch of its design is also available, which hints at a rectangular rear camera hump. More details will be revealed before the ultimate disclosure of all details on the launch day.

Meanwhile, we do have some rumors that tip 64MP triple rear cameras, a Snapdragon 695 chipset, and more. To get an idea of how these phones (and the possible Nord-branded earbuds) will turn out, we will have to wait for more details. So, stay tuned to this space.

OnePlus Shows off the Nord Buds in Official Teaser Images; Check It out Right Here!