Skip to content
Home News OnePlus 10 Pro Breaks in Half During Durability Test; Check out the Video for Yourself! 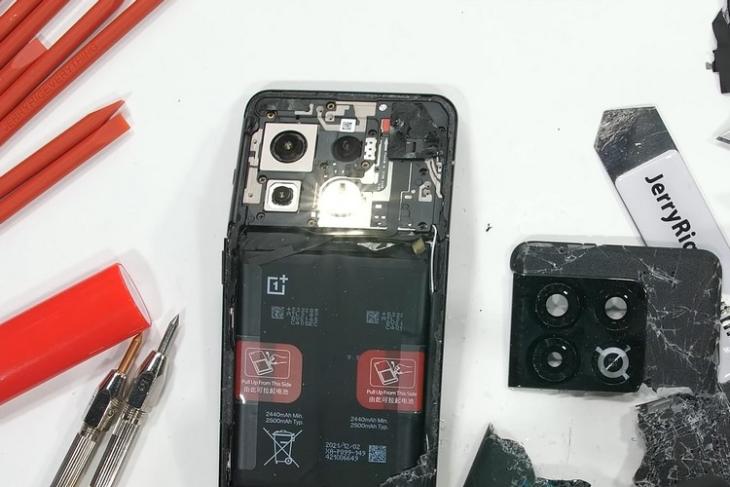 OnePlus released its OnePlus 10 Pro flagship smartphone in January earlier this year and a new Panda White Edition earlier this week. The new OnePlus flagship brings tons of advancements in the camera, processor, and more departments, but it seems like the company did not invest in making the device durable. In a recent durability test, the OnePlus 10 Pro snapped in half, revealing its lack of structural integrity. Let’s check out the details.

Zack Nelson from the popular YouTube channel JerryRigEverything, which conducts in-depth durability tests of smartphones to test their limits, recently tested the new OnePlus flagship in his recent video. And, the result was devastating for the device.

Following a series of scratch tests, when Nelson went on to test the OnePlus 10 Pro’s structural strength with his famous bend test, he was able to completely break the device with his bare hands. The smartphone snapped in half when Zack applied a bit of pressure to the device, revealing that it might not be as durable as one would expect. You can check out the image below to see how the device looks after it broke from the camera module.

After the device broke, Zack tore off the back frosty glass back panel to reveal the battery and the internal components. While it is currently unknown why the device broke in the way it did, it is important to note that the OnePlus 10 Pro is much more prone to damage than other flagship smartphones in the market. This is something customers, who are planning to buy the OnePlus 10 Pro, should keep in mind before getting it.

Now, it is worth mentioning that Nelson is a professional who has been performing durability tests on smartphones for the longest time. Hence, during his bend test, he applied the required force to specifically break the device.

Although not many modern flagship devices break like this in the tests, it would be a bit tough for a regular user to break a OnePlus 10 Pro like that during everyday use. This isn’t the first time we are hearing of something like this. Back in 2014, Apple faced similar issues with the iPhone 6 series. It still becomes a topic of concern when you spend a hefty sum on a high-end smartphone.

You can check out the entire 10-minute video attached right below. And if you want to see the bend test directly, skip to the 6:57 mark in the video. The OnePlus 10 Pro is yet to make a global debut, which is expected sometime in March or April.