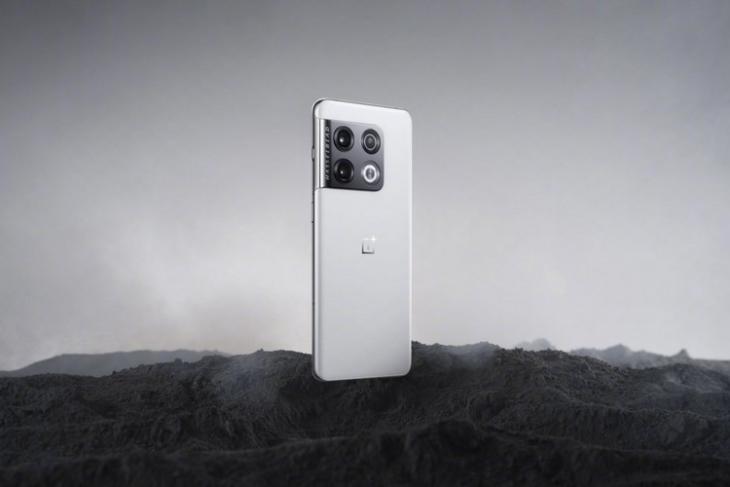 OnePlus has announced the Panda White Extreme Edition of the OnePlus 10 Pro with an official post on Weibo. This new color variant comes with a ceramic white back that has a black camera module.

The device comes with an increased 512GB of UFS 3.1 storage, coupled with 12GB of RAM. To recall, the OnePlus 10 Pro in Volcanic Black and Emerald Forest colors have up to 256GB of storage.

Other than the storage increase and the ceramic white back panel, the Panda White OnePlus 10 Pro is exactly the same as the original model. That means it sports a 6.7-inch QHD+ AMOLED flexible curved screen with support for a 120Hz refresh rate and is powered by the Snapdragon 8 Gen 1 mobile platform.

The device houses a Hasselblad-branded 48MP triple camera setup with support for various camera features such as 12-bit RAW photos, improved Hasselblad Pro mode, a Fisheye mode, and more. The OnePlus 10 Pro is backed by a 5,000mAh battery with support for 80W wired fast charging and 50W wireless charging.

Coming to the price of the OnePlus 10 Pro Panda White Extreme Edition, it is a bit higher than the original variants, coming in at CNY 5,799 (~Rs 68,185). Customers can also get a pair of free Oppo Enco Air earbuds with the device if pre-ordered from the Oppo Store in China.

OnePlus is currently taking pre-orders for the Panda White OnePlus 10 Pro via the Oppo Store and online retailers like JD.com and TMall in China. The company will start shipping the device from March 1. However, it is currently unknown whether or not OnePlus will launch the OnePlus 10 Pro Extreme Edition in the global markets and India alongside the other variants.

How do you like the new OnePlus 10 Pro White colorway? Let us know in the comments below!