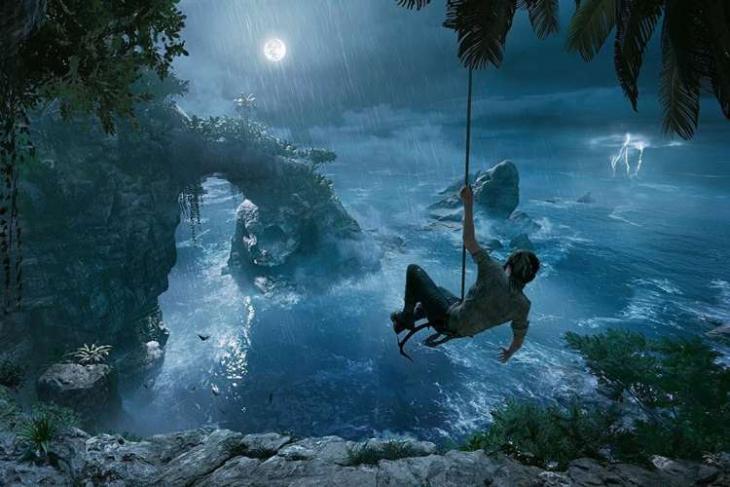 Nvidia just launched their all-new RTX GPUs at Gamescom 2018, and they pack a lot of power, and along with the major talking point i.e support for real-time ray tracing.

While we know that ray tracing will make games look more stunning more that should basically affect and improve the overall lighting system of a game. But many of you must be wondering, how, right? Well, I am at Gamescom 2018, and spoke to a lot of game developers here who elaborated on how they have implemented it and how long the technology’s adoption might take.

We’ve already talked about what ray tracing is and why Nvidia’s solution is such a breakthrough – even if gamers won’t see the results immediately. According to Nvidia, “Ray tracing is the definitive solution for lifelike lighting, reflections, and shadows, offering a level of realism far beyond what’s possible using traditional rendering techniques.” While that’s the literal definition of it, it’s hard to picture what that means. Let’s try that, shall we?

For instance, imagine a regular room in any game. Now, to create various elements inside the room, the developers have to actually individually assign lighting settings to each of those elements, including the walls, beds, fans, windows, floors, any furniture, and what not! However, with ray tracing, all this becomes quite simple. The developer simply has to dictate from which position light is coming from, and that’s it.

Real-time ray tracing automatically recognizes how much light will fall on a certain element, how much would be reflected back, and how the light frames these objects. And of course, all of this is done in real-time.

And it’s not just highlights. Ray tracing also works to create dynamic shadows, and decides how deep or light a shadow should be, depending on the light intensity. This is something best seen in the Shadow of the Tomb Raider, that I played at Gamescom.

One could easily spot the difference between the visual fidelity with RTX on and RTX off. There’s a difference of night and day, and I mean it in both the metaphorical and the literal sense. The lighting plays a huge factor, and it shows. The dark areas look much darker, vignetting in the frames looks more authentic than ever. Even the characters look more lifelike. Here’s an example from the official video:

You can see just how the glow from the sparklers light up the little boy’s face, and how the light changes subtly, and how shadows lengthen and shorten as he moves the sparkler around. That’s what is possible in games which are built for GPUs which support ray tracing.

I also tried out Metro Exodus, which offered similarly great visuals and a realistic setting. This is not surprising as both their predecessors, Metro Last Light and Rise of the Tomb Raider, have proven to be benchmark grade games and already had stunning graphics. Now, with Nvidia’s RTX technology, the newer titles look better than ever, and continue their franchise tradition of being visual delights.

We also got a chance to play Battlefield V, with its huge explosions and gunfire, which will surely have an impact on how the scene is lit. In our opinion though, ray tracing seems to have a negligible positive effect in such games, which involve fast-paced action and movements. When games let you see the scenery and surroundings, that’s when you can see the real benefits of ray tracing and how it makes visuals pop, as is evident in this Metro Exodus official look.

As you can see, with a single light source the room looks unevenly lit, which is what would happen in real life. This is most evident in watching the parts next to the windows, and comparing them to the parts of the room where the light is insufficient.

RTX is undoubtedly a great piece of technology and Nvidia has paid attention to lighting, which does make a world of a difference. But I would still say it is far from revolutionizing PC gaming entirely. For many game devs, this is just the start and realising its full potential will take many months.

Well, I’ve tried my best to skip past the technical terms and explain how ray tracing makes games look more authentic and stunning. If you still have any queries about the technology, drop them off in the comments below, and I’ll get to answering them as soon as I can.