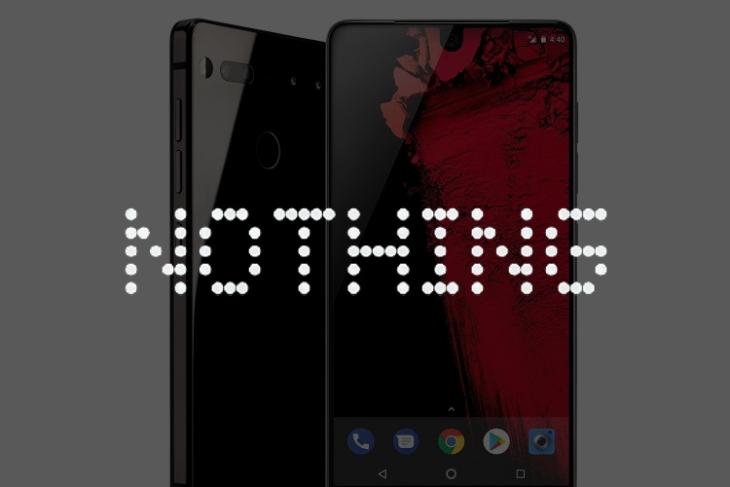 Merely days after Nothing announced its $50 million round of funding and partnership with Qualcomm, a new report from 91Mobiles reveals some early details about Nothing’s next product. According to the report, Nothing is working behind the scenes to launch a smartphone sometime next year and a power bank by the end of the year.

Nothing Phone and Power Bank Tipped

Citing tipster Mukul Sharma as the source, the report claims that Nothing could launch its first phone in early 2022. Thanks to Nothing’s partnership with Qualcomm, one would assume that the handset will feature Qualcomm’s Snapdragon chipset under the hood.

If Nothing is planning to stick to the naming conventions of its earbuds, we could expect the company’s first phone to be called something along the lines of Nothing Phone (1). Or, it could be Nothing Ph(1), right?

Another speculation about Nothing’s first phone is with respect to its design. Just like Nothing ear (1), a transparent design is likely to be the highlight of the device. If that’s something Nothing is planning to implement, it will be interesting to see if it will merely be a sticker like what we saw in Red Magic 6 Pro Transparent Edition or a truly transparent one.

Moreover, we could expect Nothing to put the trademarks it acquired from Essential to good use. Does that mean Nothing will launch devices with crazy form-factors like the Essential Phone 2? That’s something we will have to wait and find out. As of now, we don’t have the exact details about Nothing’s first phone.

The report further hints that Nothing is working on a power bank. Dubbed Nothing Power (1), the power bank may launch before the Nothing Phone. The power bank is said to be unveiled in the coming weeks or before the end of the year.

Nothing Phone Prototype Shown off in Spy Photo; Check It out Right Here!

Nothing Might Launch Its First Smartphone as Soon as Next Month: Report

Carl Pei Teases an Android Smartphone; Could It Be the Nothing Phone (1)?

Nothing Is Working on Over 5 New Products: Report

Nothing Partners with Qualcomm for New Products; Raises $50 Million Funding

Nothing to Launch ‘Ear 1’ TWS Earphones in June