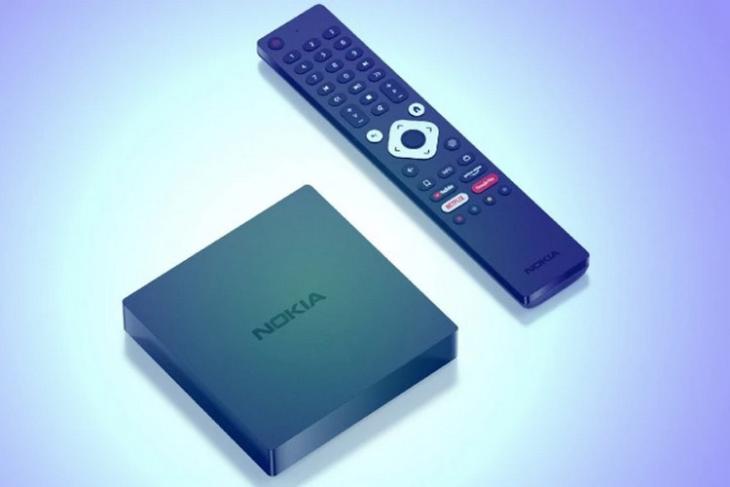 StreamView GmbH, the official licensee of Nokia Android TVs, set top boxes and DAB+ radios in the EMEA (Europe, Middle East and Africa), has announced the Nokia Streaming Box 8000. Powered by Android TV, the device is manufactured by SEI Robotics and supports 4K streaming, with native support for Netflix and Amazon Prime Video, as well as YouTube and Google Play, among others.

According to a report from German publication, Golem, the device comes with a remote that has hotkeys for Netflix, Amazon Prime Video, YouTube and Google Play. It is priced at €100 (~Rs. 8,800) in EU markets and will go on sale during the upcoming holiday shopping season. There’s no more information on the device as of now, but it will be interesting to see how it measures up against existing Android TV boxes in the market.

It’s not immediately clear if the Nokia Streaming Box 8000 will make its way to global markets outside the EMEA, including India. Even if it does, it is unlikely to be launched by StreamView, given that branding rights for Nokia Android TV devices in India are currently controlled by Flipkart, which not only sells a bunch of Nokia-branded Android televisions in the country, but also the Nokia Media Streamer, a tiny Android TV box priced at Rs. 3,499.

It is worth noting, though, that unlike the Nokia Streaming Box 8000, Flipkart’s Nokia Media Streamer only supports up to 1080p videos with no support for 4K streaming. The device, which went on sale in August this year, competes with the likes of the Mi Box 4K and Fire TV Stick 4K which, as their names suggest, offer 4K streaming capabilities at similar prices.