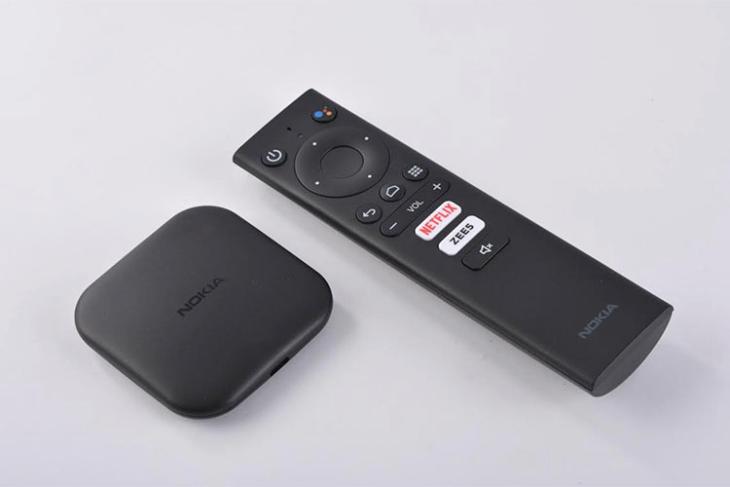 Flipkart has today launched the Nokia Media Streamer with a dedicated remote. The streaming box comes in a package that looks similar to the Mi Box 4K that was recently launched in the country as well.

There’s a remote included with the box, and it looks pretty much like what you might expect. There are dedicated buttons for the Google Assistant, Netflix, and Zee5. Along with that, you get the usual buttons for volume control, power, and navigation. The remote is voice enabled as well, so you can speak to the Google Assistant without having to scream at your TV set.

Personally, I would have wanted a Prime Video button instead of Zee5 here, because I have never used Zee5 in my life even though it was included as an Airtel Thanks reward for me.

Anyway, Nokia’s streaming box seems to be competing against the Mi Box 4K as I mentioned, and the Fire TV Stick. The Mi Box pretty much has this beat, in my opinion, but Nokia’s offering is ₹500 less than the Fire TV Stick which retails at ₹3,999 so it may have that going in its favour.

If you’re interested in buying the new Nokia Media Streamer, it will go on sale from August 28 on Flipkart.