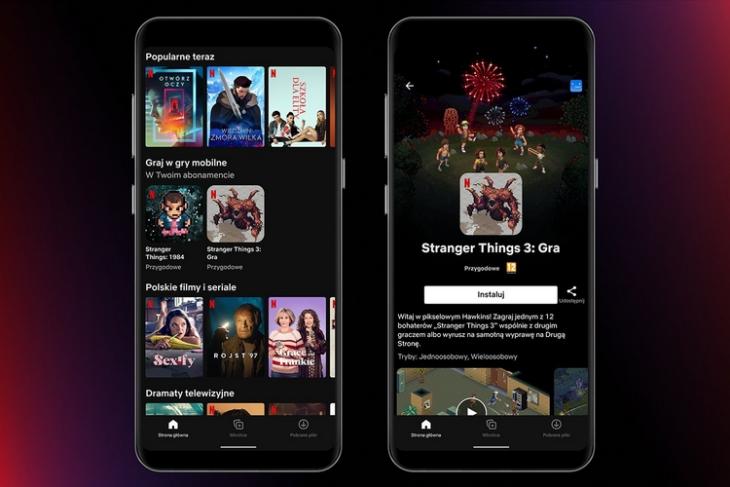 Last month, a Bloomberg report revealed that Netflix is planning to get into the gaming industry. Soon after, the streaming giant confirmed the speculation and revealed its plans to focus on mobile games that will be included in your Netflix subscription without additional charges. Now, Netflix has started testing mobile games with subscribers in Poland.

To begin with, Netflix has released two mobile games based on its wildly popular Netflix Original TV series, Stranger Things. Dubbed Stranger Things: 1984 and Stranger Things 3, Netflix subscribers in Poland can try out the games right now on their Android devices.

Netflix says it won’t include ads in these games. They will also come without in-app purchases. Moreover, you won’t have to pay extra as these are available as part of your Netflix membership.

Once available, you will see links for these games on Netflix’s home feed. You will then be taken to the Google Play Store to download and install the games. In what seems like a strange move from the streaming giant, these are not cloud gaming titles. You will have to download the games the old-fashioned way. Once that’s done, you can sign in with your Netflix account to start playing them.

Interestingly, these games are not even new after all. Game developer BonusXP had previously worked with Netflix to bring these exact titles to mobile devices back in 2017 and 2019 respectively. However, the original game listings are no longer available on the Play Store. While recycling existing games doesn’t seem to be a great start for Netflix’s mobile game offering, we will have to wait to see if Netflix manages to scale things up going forward.