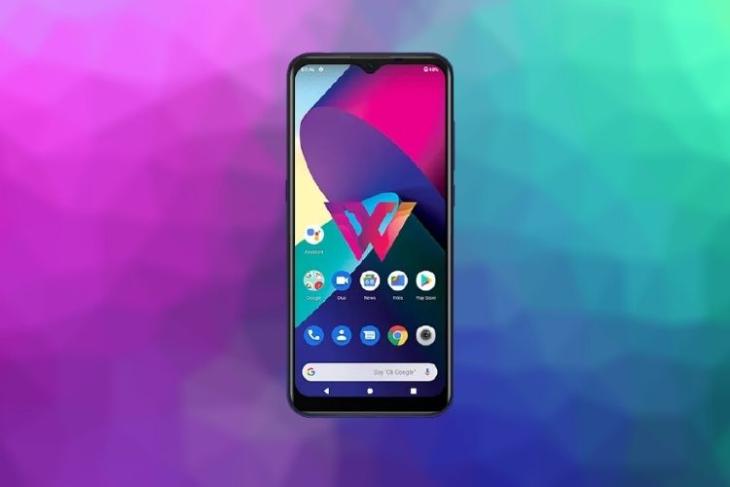 After launching two premium offerings, the LG Velvet and LG Wing, in India last week, the Korean giant has today added three new budget-friendly smartphones to its lineup. The W11, W31, and W31 Plus arrive as successors to the company’s existing W-series smartphones, including the W10, W30, and W30 Pro, from last year.

LG, however, seems to be indolent in the making of these phones as all of them have the exact same display, chipset, primary and selfie cameras, and batteries. There are only minor differences between the W11, W31, and W31 Plus unveiled in India. Let’s take a quick look at what they are:

Let me start off by saying that LG W31 and W31 Plus are exactly the same phones. The only difference between them is the storage capacity.

Both the smartphones feature a 6.52-inch HD+ LCD screen with a 20:9 aspect ratio and 1600 x 720-pixel resolution. You have a huge chin and a waterdrop notch with an 8MP selfie camera up-top. LG has baked a triple camera array on the rear. It is led by a 13MP primary sensor, coupled with a 5MP ultra-wide and a 2MP depth sensor. This is a huge downgrade over the company’s previous W-series offerings, which seemed to include slightly better cameras.

Under the hood, the LG W31 and W31 Plus are powered by the octa-core MediaTek Helio P22 chipset – the same as the W30 from last year. Both phones have 4GB of RAM but you will find 64GB of storage on the W31 whereas the W31 Plus will boast 128GB of storage. It should please you to know that all W-series phones run stock Android 10 out-of-the-box.

You will also find a 4,000mAh battery (same as last year’s models), possibly with 10W charging in tow. As for connectivity options, there’s dual VoLTE, Wi-Fi, Bluetooth, and a 3.5mm headphone jack on board as well.

The LG W11 is not much different either. This smartphone boasts the same 6.52-inch HD+ LCD display on the front and the Helio P22 chipset under the hood. The chipset is coupled with 3GB of RAM and 32GB of storage. You also have a 4,000mAh battery onboard. What’s different here? Three things.

LG W11 sports only a dual rear-camera module, including a 13MP primary sensor and a 2MP depth sensor, on the rear. You have the same 8MP selfie camera baked into a waterdrop notch on the front. There’s no dedicated Google Assistant button or a fingerprint sensor on board here.

LG W11 is priced at Rs. 9,490 for the single 3GB+32GB variant. The W31 and W31 Plus are priced at Rs. 10,990 and Rs. 11,990 in India. All of these smartphones will be available to buy in a single Midnight Blue colorway, starting this November itself. The company hasn’t revealed an official sale date right now.

LG could have put in some effort into designing these budget phones. Instead, it just decided to tweak its existing W-series smartphone and offering multiple SKUs of the same device under different names. This is simply absurd and adds no value for the consumers, who can buy way better value-for-money options in the Indian market at the Rs. 10,000 price point.

Though I haven’t used the new LG W-series, I would choose not to recommend these smartphones over Micromax (back with new value-for-money offerings), Redmi, and Realme offerings.