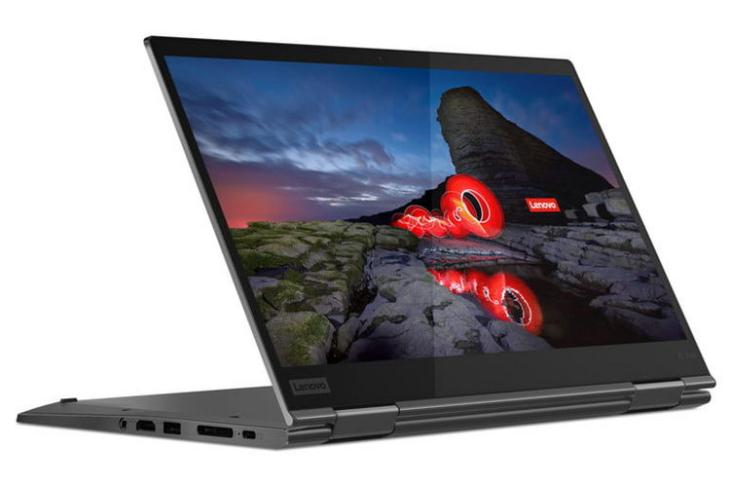 Lenovo has announced a bunch of new devices ahead of the upcoming CES 2020 in Las Vegas next week. First off, the company has unveiled its next-gen desktop and laptop lineups powered by Intel’s 10th-gen Core processors. The new offerings include not only ThinkPad laptops and a new ThinkCentre All-in-One, but also a new ThinkPoint keyboard and ThinkVision monitors. In addition, the company also unveiled a new personal business communications device called the ThinkSmart View.

The new 8th-generation X1 Carbon and 5th-generation X1 Yoga share their chassis with their immediate predecessors, but come with some new hardware, including a new keyboard and support for the Wi-Fi 6 standard that was announced late last year. The high-end models also have a new security feature called ‘ThinkPad PrivacyAlert’ that will warn users when someone is staring at their screen.

Under the hood, both the Carbon and Yoga lineups are powered by Intel’s 10th-gen Core ‘Comet Lake’ processors with up to six cores. Alongside that, the devices come with 16GB of LPDDR3 memory and up to 2TB of SSD storage. Alongside all that, Lenovo is also offering the option of a new Full-HD display with a maximum brightness of 500 nits. Both lineups sport the same 51Wh battery that offers 10–15 hours of battery life in the Yoga and 10–18 hours of usage on the Carbon depending on configuration.

Lenovo has also unveiled the ThinkCentre M90a all-in-one that comes with top-end hardware, including Intel’s 10th-gen Core i7 processors, up to AMD Radeon 625 GPU, up to 32GB of DDR4 RAM, an M.2-2242 SSD and a 2.5-inch HDD. The device features a 23.8-inch full-HD display with either 250 nits or 350 nits maximum brightness and optional PrivacyGuard technology to protect potentially sensitive information against prying eyes. It will be available in June 2020 starting at $1,099 (around Rs. 80,000).

In addition to the PCs, Lenovo has also announced new peripherals, including the latest iteration of its ThinkPoint Keyboard that is now available as a standalone device with Bluetooth support. The bluetooth keyboard is said to offer up to two months of battery life and charges via a USB Type-C port. It also uses Microsoft Swift Pair to connect to any Windows 10 device.

Another new announcement is the 34-inch ThinkVision T34w-20 curved monitor that comes with 3440×1440 pixel resolution, 350 nits maximum brightness, 178°/178° horizontal/vertical viewing angles, a 60Hz refresh rate and a 6ms response time. The company also claims that the panel can reproduce 99 percent of the sRGB color gamut. Connectivity options include a DisplayPort 1.2, a HDMI 2.0, a USB Type-C port with 75W power delivery and a quad-port USB 3.0 hub. The ThinkVision T34w-20 display will go on sale in March for $799.

The ThinkSmart View is a personal business communications device that would help employees in an organization connect with colleagues to collaborate on projects via Microsoft Teams audio and video calls. It is powered by the Qualcomm APQ8053 SoC and can be paired with a Bluetooth headset. Its webcam also comes with a physical camera shutter for additional security. It will be available later this month at $349 for the standalone model and at $449 when bundled with a ThinkPad X1 ANC Bluetooth headset.