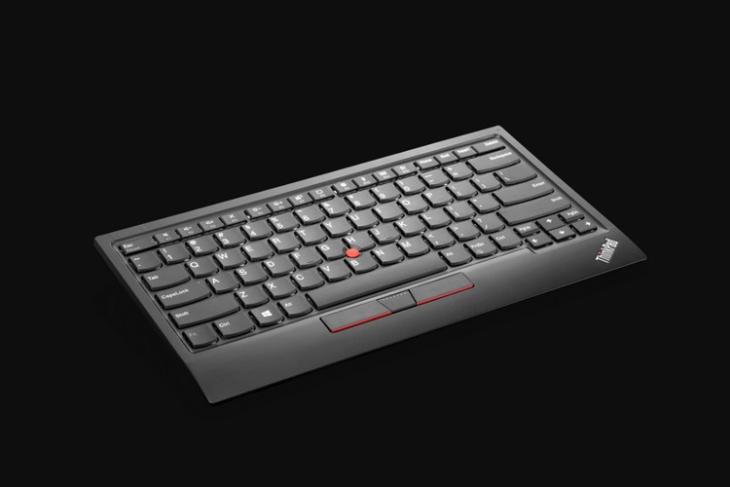 Back in January, Lenovo unveiled a lot of new products at CES. Apart from the ThinkPad laptops, Lenovo also introduced a number of peripherals for the consumers. Amongst these, the company unveiled the second-gen ThinkPad keyboard upgrading quite a lot of things from its older model. Now, Lenovo has finally started taking orders for the ThinkPad Trackpoint Keyboard II.

So, if you have used a ThinkPad before, then you would know that the ThinkPad lineup of laptops has some of the best keyboards in the market. The USP of their keyboards is the “TrackPoint”, which is a little red dot-shaped substitute for a pointing device and yes, this keyboard does have one, just like its older sibling.

However, Lenovo upgraded some major features of the first-gen ThinkPad keyboard to make the ThinkPad TrackPoint Keyboard II. For instance, unlike the previous-gen model, the TrackPoint II offers only wireless connectivity via Bluetooth or a USB Bluetooth transmitter and also connects with Android and Windows. However, if you are a fan of wired connections, then you would be happy to know that the new keyboard connects and charges via a USB-C port instead of a micro-USB in the older model.

The previous-gen keyboard featured an older standard of Bluetooth connectivity and also had a different keyboard layout. The new TrackPoint II solves these problems by adding a better Bluetooth transmitter/receiver and adopts the new and modern keyboard layout of the new ThinkPad X1. It also comes with a battery life of one month on a single charge and has 6-point entry support to help the visually impaired use the keyboard.

So, if you want the convenience of controlling your PC or laptop from a distance without the need for mice, you can check out this $99 keyboard on Lenovo’s official website.