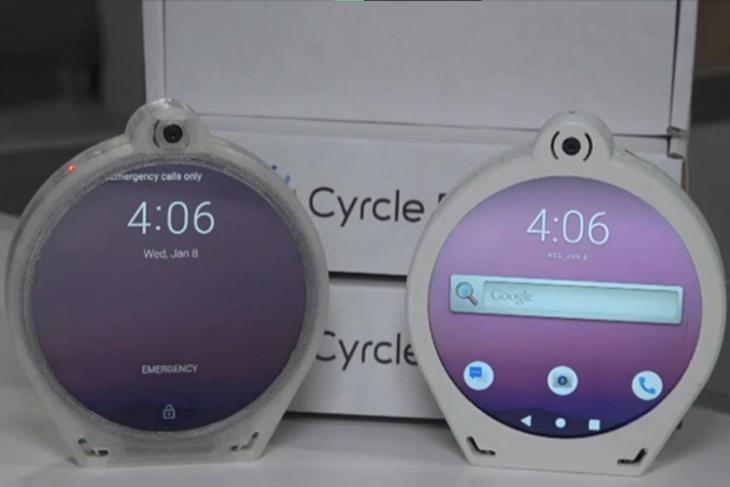 Are you bored with the rectangular form-factor on every other smartphone in the market? Well, a US-based startup named dTOOR has come up with a circular phone called ‘Cyrcle Phone’ at CES 2020 that you might be interested in.

In terms of design, it looks like a hybrid of an alarm clock and stopwatch, at least to me. The company pitches the phone as a “non-rectangular phone for non-rectangular people”.

The device is currently in its prototype stage. It supports dual SIMs and has support for 4G LTE. In the front, there is a 13MP camera for capturing selfies.

While smartphone brands are getting rid of the headphone jack on their devices, dTOOR has placed two headphone jacks on Cyrcle Phone. Yeah, you can watch videos or listen to music with your loved ones the old fashioned way using your wired headphones.

“What we’ve seen is an uptick in people wanting to communicate and be with each other in real life, and I think that’s because we’ve been so isolated with our phones and on social media – we hide behind that wall”, Cyr added.

In terms of software, it runs on Android 9 Pie. The company has some software optimization work left to do. Right now, apps open up as a square. They are planning to rework the interface to fit the app in the circular display before hopefully commercializing it later.

So, will you consider getting yourself a circular phone? Tell us in the comments.