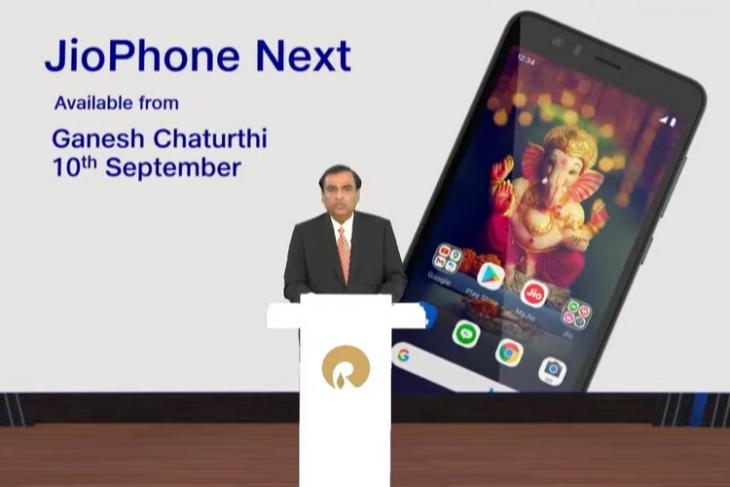 At its 44th Annual General Meeting a couple of months back, the chairman of Reliance Industries Mukesh Ambani announced the JioPhone Next. It is an affordable 4G phone made in partnership with Google. While we have been in the dark about the technical details of the JioPhone Next so far, XDA’s Editor-in-Chief Mishaal Rahman has leaked a few key specifications of the phone.

According to Rahman’s tweet on Twitter, JioPhone Next is likely to have the model name LS-5701-J. The device is tipped to feature an HD+ display with 1440×720 pixel resolution. Under the hood, the handset may equip the Qualcomm 215 chip. It is a quad-core 64-bit CPU with 4 ARM Cortex A53 cores that goes up to 1.3 GHz.

As far as the cameras are concerned, you could expect a rear 13MP Omnivision OV13B10 sensor and a front 8MP GalaxyCore GC8034W sensor. The phone will reportedly feature a new version of Google Camera Go with Snapchat integration for AR filters. You will also get the Duo Go app for video calls. In terms of software, the device will run Android 11 Go Edition. You can check out the boot logo of the phone below:

Other details we know about JioPhone Next include voice assistant, automatic read-aloud of screen text, language translation, and the availability in Black and Blue color variants. The device will go on sale from the 10th of September, which is less than a month away now. We will have to wait to know the exact price of the JioPhone Next. We will update you when Reliance reveals the price, so stay tuned for updates.