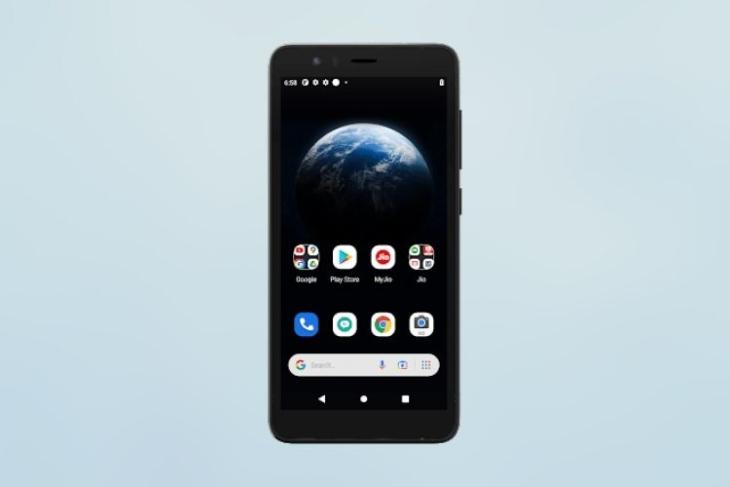 With an aim to bring 4G-supported smartphones to the hands of the low-income consumers in India, Reliance Jio partnered with Google to develop the JioPhone Next. The company announced to launch the device in the country in September earlier this year. However, due to a component shortage, the JioPhone Next launch was delayed to Diwali 2021. Now, ahead of the upcoming launch, some of the key specs and features of the JioPhone Next have been leaked, thanks to a Google Play Console listing.

The JioPhone Next was recently spotted in a Google Play Console listing with the model number LS1542QWN. Other than revealing the model number, the listing revealed the key specs of the device ahead of its official launch, presumably, sometime in November this year.

So, as per the listing, the JioPhone Next will be powered by the Qualcomm Snapdragon 215 chipset. It will be coupled with up to 3GB of RAM and up to 32GB of storage. This budget-focused chipset comes with four Cortex-A53 cores and an integrated Adreno 306 GPU.

The company will launch the device in two configurations – a 2GB + 16GB variant and a 3GB + 32GB variant. The device will also pack a 2,500mAh battery inside. However, there is no information on whether it will support fast charging or not as of now.

Coming to the display, the JioPhone Next is tipped to sport a 5.5-inch screen with a maximum resolution of 720 x 1440p. It will come with a screen density of 320ppi. As for the cameras, the device will have an 8MP selfie snapper at the front and a 13MP single rear camera with support for AR filters.

During the JioPhone Next launch, Jio stated that it partnered with Google to develop a custom version of Android Go based on Android 11 to include features like Google Assistant, automatic read-aloud of screen text, and language translation. It will also come pre-loaded with various Jio apps like JioSaavn, JioTV, and MyJio app.

Now, coming to the price, although Jio has not confirmed anything yet, previous rumors suggest that the JioPhone Next might sell for Rs. 3,499 in India at launch. Furthermore, Jio will be reportedly offering easy-EMI options for customers to get the device for as low as Rs. 500 following its official launch in India.