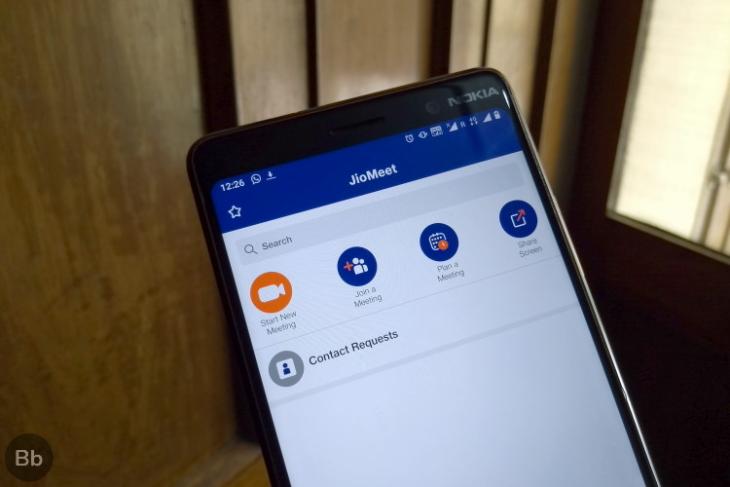 Jio decided to step foot into the cluttered video conferencing space with the launch of JioMeet earlier last week. The app is feature-rich and easy to use but has widely been ridiculed for copy-pasting the UI elements from its rival Zoom. It’s one of the primary reasons why JioMeet was the talk of the town last week.

Now, as one would expect, Zoom is considering legal action against JioMeet for the uncanny resemblance between these two apps. Zoom India head Sameer Raje, in an interview with ET, says the company’s held a ‘lot of discussions internally’ on this topic.

Raje continued to add that he was shocked to see the similarities between Zoom and JioMeet but knew it was coming – due to a boom for video calling tools. “It’s fine, it is not the first time Zoom has faced competition. Our strength has been our products and technology, and our focus is on customers. What our competitors do is their strategy,” he said.

Zoom’s legal team is currently looking into the matter and Raje intends to leave the plan of action to them. You can obviously see how the two video conferencing apps look exactly the same in the screenshot above.

Zoom is Not a Chinese Company

Apar from its rival, Zoom has another big issue to address at its hands. Many in India believe Zoom is a Chinese company and neglects user privacy. However, that’s not at all the case. Zoom is an American company that was founded by Chinese-American billionaire Eric Yuan back in 2011.

The platform did have a boatload of privacy issues a couple of months ago. But, Zoom has now vowed to implement end-to-end encryption (E2EE) for all of its users – free (who will need to sign up) and premium. We expect the company to roll out the E2EE video calling feature in the coming weeks.

JioMeet has amassed over 1 million downloads since its launch. The app first made its debut back in May but was pulled down within a few hours. This app had a completely different design, was super shabby, and slow. The company went back to the drawing board, it seems, but returned with a copycat app. It recently changed the iconography after a massive outcry on social media. I also shared the design change on my socials earlier this week.

Feedback has been heard. JioMeet changes icons and colour scheme to separate itself from Zoom 😂😂 pic.twitter.com/y32Dc8wSoi

But, the point in case here is that tweaking the iconography does not change the fact that JioMeet’s design has directly been lifted from Zoom. That’s absolutely ludicrous for a company that recently raised over $15 billion for its technology and growth in India.

While this leaves a bitter taste in the mouth, we recently compared JioMeet and Zoom only to find that the former is offering more perks and features for its free users. So, if you are a small business or a group of friends, JioMeet could be a better-suited video calling app for you.