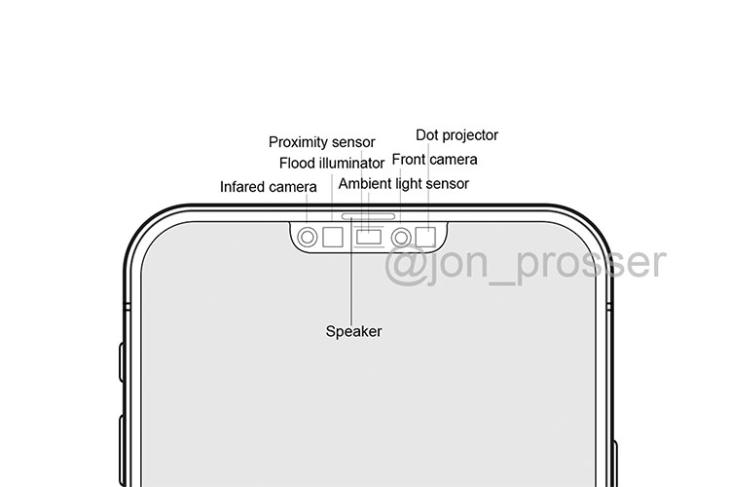 We are well into that time of the year when iPhone leaks start popping up around the internet. After getting leaked CAD based renders of the iPhone 12, we now have another leak about the upcoming smartphone claiming that it will come with a smaller Face ID notch.

The leak comes from Jon Prosser who has a solid track record of leaking Apple hardware. He shared what seem to be schematic drawings of the iPhone 12 showing off the Face ID sensor array, and it is considerably smaller than the notch on the iPhone 11 Pro.

The leaked image shows off all the same sensors that are found in the Face ID array right now, fit into a much smaller area. A few changes can be observed here as well, with one of the more interesting ones being the earpiece which, according to the leak, is now in the thin top bezel of the smartphone as compared to being set between the Face ID components on current Face ID-equipped iPhones.

We’ve long been hoping for Apple to do something about the notch on the iPhones, so this leaked schematic excites me more about the iPhone 12 than I would normally care to admit. Whispers of the iPhone 12 having a smaller notch have been around since 2018, and early last year, famed Apple analyst Ming-chi Kuo said that Apple is working on making the notch smaller on the iPhone. There were also reports that the company is working on some prototypes that squeeze the Face ID array into the bezels, getting rid of the notch completely.

As it always is with leaks, we would suggest you take this information with a pinch of salt. However, going by Jon Prosser’s history with Apple leaks, this does look like one of the more reliable pieces of information we have about the upcoming Apple flagship.