Skip to content
Home News iPhone 11 Best-Selling Smartphone in the US for Four Successive Months: Report 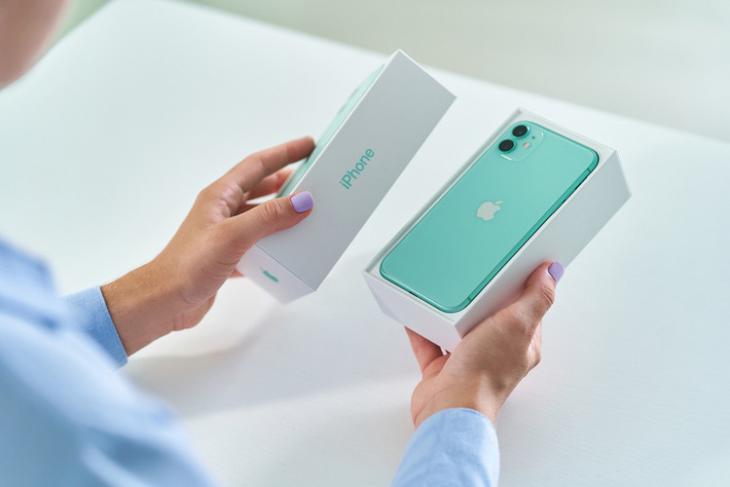 The iPhone 11 was the best-selling smartphone in the US in the last quarter, according to data from Counterpoint Research. The device has retained its pole position for the fourth consecutive month, thanks largely to its relatively affordable $699 (roughly Rs. 50,000) price-point in its home country. The report comes almost exactly a week after a Canalys report suggested that it was the best-selling smartphone globally during the same period.

Apple also hogged the other two podium positions, with the iPhone SE (2020) and the iPhone 11 Pro Max taking up the number 2 and number 3 spots. Overall, however, the company’s sell-in dropped to 39% share of the market, but it continued to remain the top smartphone vendor in the country.

Analyzing the latest data, Counterpoint’s senior analyst, Hanish Bhatia, said: “The iPhone 11 remained the number one seller in the US market. It has remained the top seller for four consecutive quarters due to its $699 price point hitting the sweet spot for many consumers. The iPhone 11 has also been on an almost continuous promotion, often sold for $0 or $5 with eligible trade-ins within postpaid channels.”

Samsung remained the best-selling Android manufacturer, registering double-digit year-on-year (YoY) growth as its Galaxy Note 20 and Galaxy S20-series smartphones performed well against the competition. The company’s mid-range A-series devices also did well during the past quarter, said the report.

Looking into the future, LG is expected to gain market share in the current quarter, thanks largely to its affordable 5G offerings, including the Velvet and K92 5G. That’s according to research analyst, Maurice Klaehne, who added: “The holiday quarter is crucial for many OEMs looking to grow 5G sales and we have already seen some more devices being launched in preparation.” It will be interesting to see if LG will be able to make a scintillating return to the market on the back of its LG Velvet and Wing devices.

Apple is Now Manufacturing the iPhone 11 in India