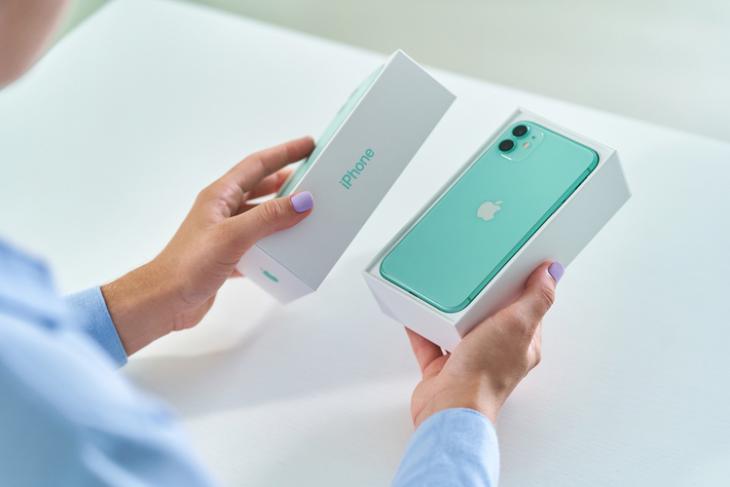 Apple’s iPhones, as we know, often stay one step ahead of the competition. And this year has been no different for the company. According to a recent report, 9 out of 10 most activated smartphones on Christmas Day were iPhone models, with last year’s iPhone 11 topping the list. 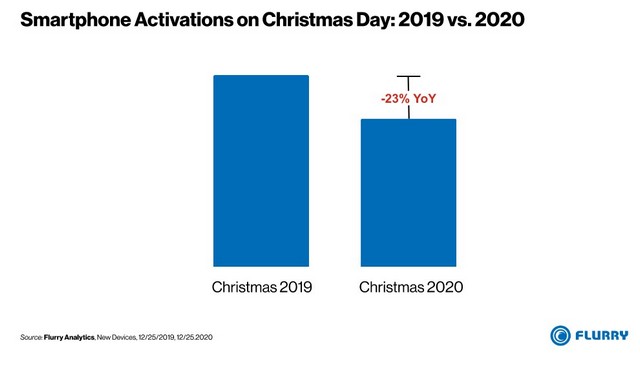 As per the report, 9 out of 10 most activated smartphones on Christmas were iPhone models, ranging from the budget iPhone SE to the latest and greatest iPhone 12 Pro Max. However, despite launching the more advanced iPhones this year, Apple’s iPhone 11 from last year, surprisingly secured the #1 position on the list for the second time in a row. 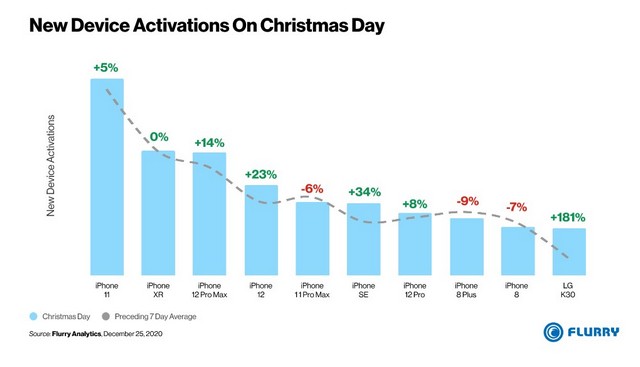 Now, the iPhone 11 has been one of the most popular iPhones since its launch back in September 2019. Apple, after unveiling the iPhone 12 lineup at a starting price of $799, continued to sell last year’s model at an affordable $599 base price. And that, according to Flurry, made all the difference amidst this year’s various crises.

Moreover, another thing that suggested customers were extra sensitive to high-priced smartphones this year is the fact that the budget iPhone XR secured the second position on the list. It was launched two years back, along with the iPhone XS and XS Max and now retails for a base price of $499. However, despite its age, it was the bestselling smartphone of 2019 and was recently termed as the “most valuable smartphone” in global markets.

However, it wasn’t a bad year for the latest iPhone 12 Pro Max either as it sat in the third position on the list. The device, even with its high price tag and no-accessories-in-the-box policy, was one of the three most activated devices on Christmas this year.

Flurry also points out the fact that despite its lower price and compact design, the iPhone 12 Mini did not even make it to the top 10. And the only Android device that, shockingly, made it to the top 10 is the two-year-old LG K30. Nobody knows how this outdated, $139 device made it to the top 10 with a massive 181% YOY increase. But hey, 2020 did teach us that anything is possible!