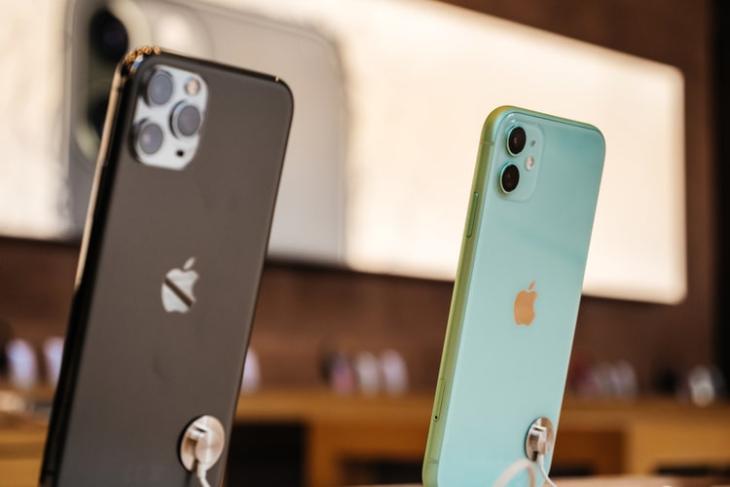 Smartphone shipments, as you might know, saw a steep decline last year due to the rise of Coronavirus and nationwide lockdowns. Later, however, with companies launching their devices at virtual events, consumers started buying new phones once again. Now, 2020 saw the launch of many flagship, mid-range, and budget smartphones. So, taking all the smartphones from major players like Samsung and Apple into account, research firm Omdia has curated a list of the most-shipped smartphones in 2020.

Last year, it was the runner-up of 2019 who took home the title for the most-shipped smartphone of 2020. Well, you guessed it right. It is the iPhone 11, with a whopping 64.8 million units shipped around the world. The iPhone 11 contributed the most to the company’s smartphone sales for 2020. It was also the most-activated smartphone during the holidays of last year.

The smartphone at the second position might surprise you a bit. The iPhone 11 is followed by Apple’s compact iPhone SE (2020) with over 24 million units shipped globally. So, this proves that although the demand for compact smartphones is falling over time, people still loved the budget iPhone SE which Apple released last year.

Coming to the third position, here also, Apple dominated the market by shipping over 23.3 million iPhone 12 units in 2020. Even though the Cupertino giant launched the 5G-enabled iPhone 12 series a few weeks later than usual, it was still one of the most-shipped smartphones in the world.

Apart from these devices, there is the iPhone 12 Pro Max that came in the seventh position. Then there is Samsung’s Galaxy A11 and Xiaomi’s Redmi Note 9 Pro in the eighth and ninth positions. And finally, the last spot in the top 10 most-shipped smartphone list is taken by Apple’s latest compact flagship, the iPhone 12 Mini.

Now, as you can see in the list above, apart from Apple’s flagship devices, there are no other flagship devices from the competitors ranked in the top 10. There are budget and mid-range category devices of Samsung and Xiaomi that shipped the most in 2020.

So, Apple clearly dominated the market in terms of smartphone sales around the world. This was primarily because of the massive demand for iPhones right at the end of last year. That is when Apple surpassed Samsung to become the top smartphone vendor of 2020 after 4 whole years.