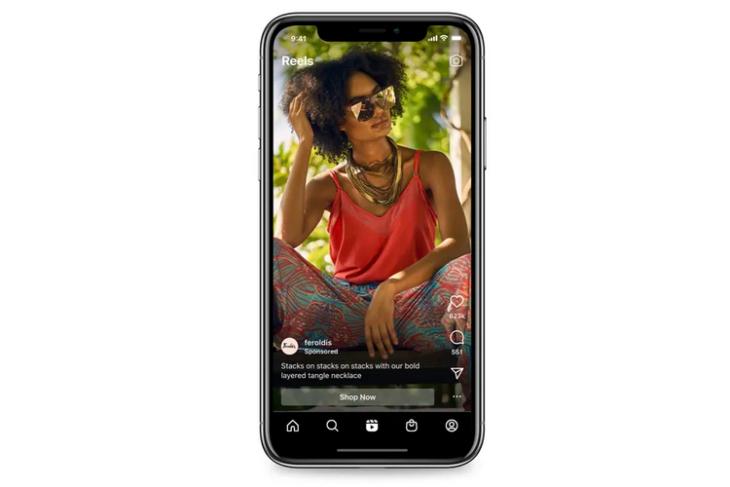 Instagram is adding advertisements to yet another place – Reels. Facebook has today revealed its plans to start testing ads on Instagram Reels. Instagram will initially limit ads on Reels to India, Brazil, Germany, and Australia, with plans to expand to more countries over the coming months.

As reported by The Verge, Instagram Reels ads can be up to 30 seconds long. There will be a ‘sponsored’ tag below the username to indicate that it is sponsored content. Unlike ads on Stories, users can like, comment, save, and share Reels ads. The report also points out that users can skip Reels, but we’ll have to wait to see if the company has plans to add an unskippable timer for the first few seconds.

Alongside Reels ads, Facebook also revealed new sticker ads for Facebook Stories. Select advertisers and creators will gain access to this feature over the coming weeks. Check out Facebook’s ad stickers below:

Instagram’s move to introduce advertisements in Reels doesn’t come as a surprise since the platform has advertisements almost everywhere else. The move comes while TikTok remains banned in India. Given the popularity and user engagement on short video platforms, the company’s move to monetize Reels should help advertisers reach their target audience.

If you’re planning to switch to another short video platform due to Reels ads, you’re likely to find a viable replacement from our article on the best apps like TikTok. On the other hand, if you’re a creator planning to create a sponsored Reel for your Instagram account, check out the best Instagram Reels features and the best Reels video editors to make the ad appealing and engaging.

Instagram Reels Bug Causing Videos to Get Stuck at 0 Views