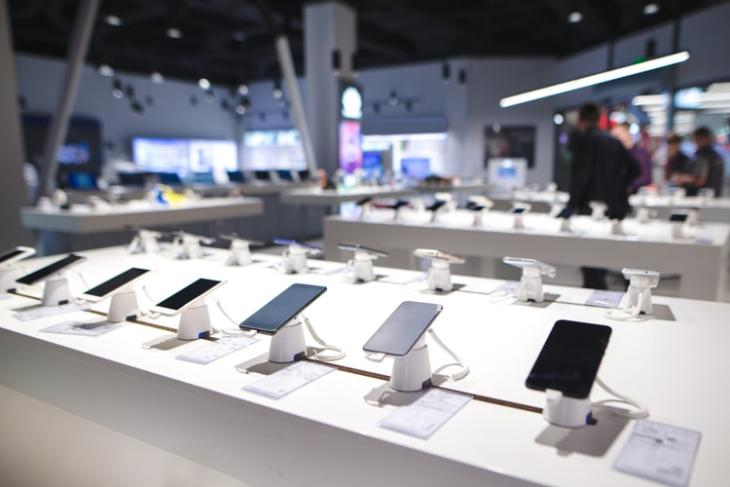 The report comes from popular market research firm Counterpoint that states that India recorded the highest ever smartphone shipments during the first half of 2021, despite the second wave of COVID-19 hitting the country hard. However, the market also declined by 14 percent sequentially “due to a fall in consumer sentiment” during the second wave of the pandemic.

Now, as per the report, Chinese smartphone giant Xiaomi led the charge with a 28 percent market share (includes Poco’s market share) during the said period in India. The company recorded the highest average selling price (ASP) in a single quarter due to the huge popularity of its Mi 11 series in the market. 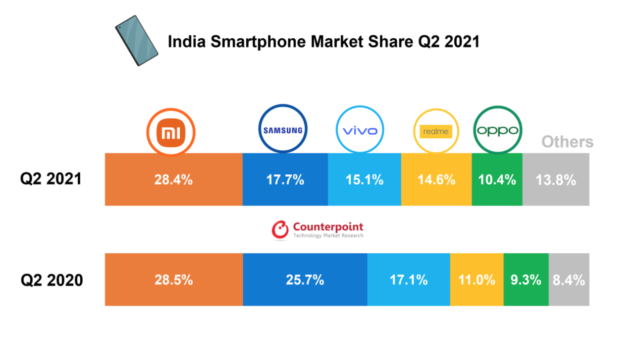 Samsung, on the other hand, was able to capture the second spot with a market share of around 18 percent. Although last year the Korean giant overtook Xiaomi to regain the top spot during Q3 2020, this year, the tables have turned again.

Moving on, Vivo was able to garner a 15.1 percent of market share, which is a tad bit lower than what it captured during the Q2 of 2020. The company reportedly grew 61 percent YoY, increasing its share in the premium segment (more than Rs 30,000 range) by 12 percent. As per the report, Vivo was able to retain its third position in the market thanks to the Vivo V21, Vivo X60, and iQOO 7 smartphones.

Oppo also saw a massive 103% YoY growth during the said quarter and garnered a 10 percent market share. The report states that the Oppo F19 Pro Plus was the top-selling smartphone in India, specifically in the Rs 20,000 – Rs 30,000 range. The company also launched an official e-store in India during the said quarter to expand its reach in the second-largest smartphone market.

Transsion Group brands such as Itel, TECNO, and Infinix also saw 296 percent YoY growth during Q2 2021 and captured 7 percent of the market share collectively. Other than these, OnePlus dominated the premium segment with a market share of 34 percent. Apple, on the other hand, helmed the ultra-premium segment (Rs. 45,000 or more) with a 49% percent market share in Q2 of 2021.

So, the Indian smartphone market is still lucrative for the phone makers as consumers continue to buy new smartphones. Moving forward, manufacturers are expected to see more growth in the smartphone market as offline stores are slowly starting to open up across many parts of the country.