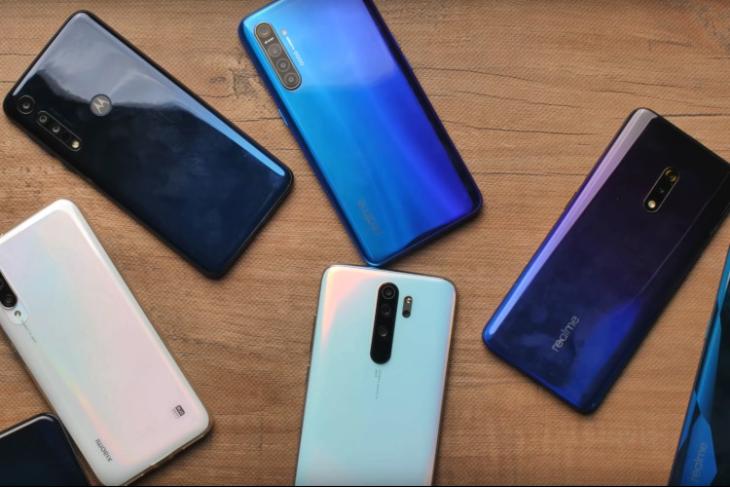 Pent-up demand from the lockdown period and the onset of the festive shopping season seemingly helped the Indian smartphone market hit a record high in Q3, 2020. That’s according to latest data from Canalys, which claims that smartphone shipments in India reached an all-time high of 50 million (5 crore) units in Q3 2020, an 8% growth over the same period last year. The recovery follows a near-50% decline in the previous quarter because of coronavirus-related lockdowns and low consumer sentiment.

Unlike a recent Counterpoint report which claimed that Samsung had overtaken Xiaomi to retake the pole position in India after more than two years, the Canalys data suggests that the Chinese tech firm remained the market leader, growing 9% to ship 13.1 million units. Samsung apparently regained the second place from Vivo with 10.2 million units, up 7% from the same period last year. At third place, Vivo shipped 8.8 million smartphones, registering a 19% growth, while Realme and Oppo rounded off the top-five with 8.7 million and 6.1 million units, respectively.

Meanwhile, Apple also had a stellar quarter, shipping nearly 800,000 units in the country during Q3, 2020. According to Canalys Research Director, Rushabh Doshi, the increased iPhone sales in India was the direct result of the company’s heightened focus in the country including the opening of a direct online store, as well as various offers and discounts. He, however, believes that the iPhone 12-series will be a hard sell in India not only because of their ludicrous pricing that makes them unaffordable for the vast majority of would-be buyers, but also because of a complete lack of 5G infrastructure in the country.