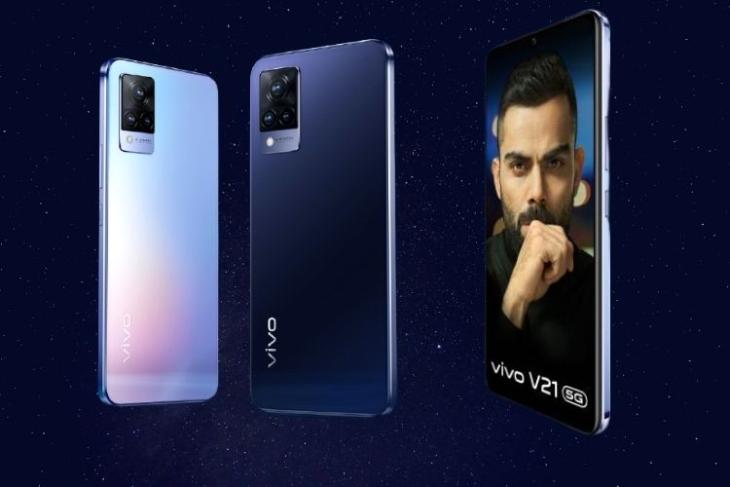 After launching the X60-series in India recently, Vivo has now expanded its V-series by launching the brand new Vivo V21 5G in India today. The device sits above the Vivo V20 2021, which the company quietly launched in India at the end of last year. The Vivo V21 5G boasts a sleek design along with the same 44MP selfie camera as its predecessor. However, this time Vivo has improved it by adding OIS to the front camera.

So, let’s take a look at the key specs and features of the Vivo V21 5G before moving on to the availability and price in India.

Starting with the sleek design, the device comes with a minimal 7.29mm thickness, which makes it India’s thinnest smartphone. At the front, there is a 6.44-inch Full-HD+ Samsung E3 AMOLED panel with a 90Hz refresh rate.

Under the hood, the Vivo V21 packs the MediaTek Dimensity 800U chipset that’s based on the 7nm TSMC FinFET process. It comes with an octa-core design and an integrated ARM Mali-G57 MC3 GPU on board. The chipset is paired with 8GB of RAM and up to 256GB of internal storage.

Now, apart from the physical RAM, Vivo has implemented, what it’s calling, an extended RAM technology that can boost the 8GB RAM to 11GB by adding 3GB from the internal memory. This will allow users to keep up to 20 apps open at the same time. 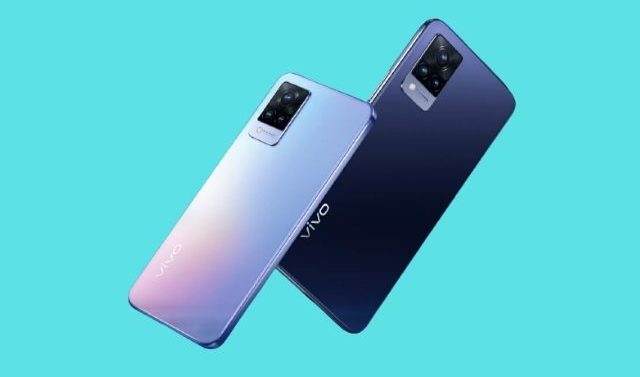 Coming to the optics, the Vivo V21 5G features a triple camera setup at the back AG Matte Glass panel. The camera module includes a primary 64MP lens with OIS (optical image stabilization), an 8MP ultra-wide-angle lens, and a 2MP macro sensor.

Turning to the 44MP selfie camera inside the U-shaped notch, Vivo has added OIS technology to it, which makes the Vivo V21 5G the world’s first smartphone with an OIS selfie snapper. In addition, there are two tiny external lights at the top edge to make it easier to click night selfies. 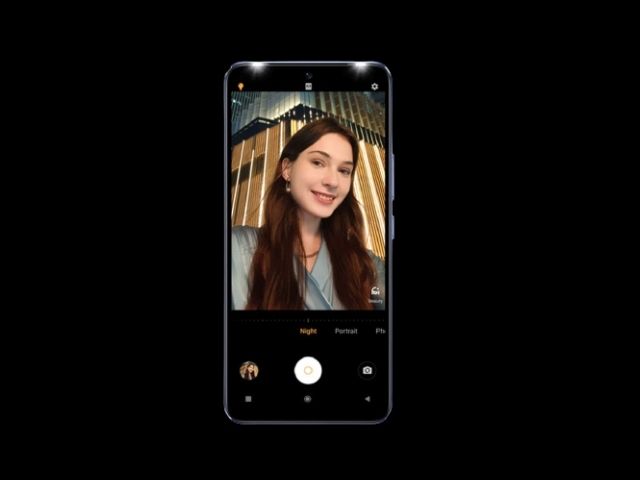 Despite being one of the slimmest devices in the market, the Vivo V21 5G includes a 4,000mAh battery with 33W fast charging support.

Other than that, the device also comes with support for 5G networks, Bluetooth 5.1, an in-display fingerprint sensor, a microSD slot to expand the storage up to 1TB, and a USB-C port for charging and data transfer.